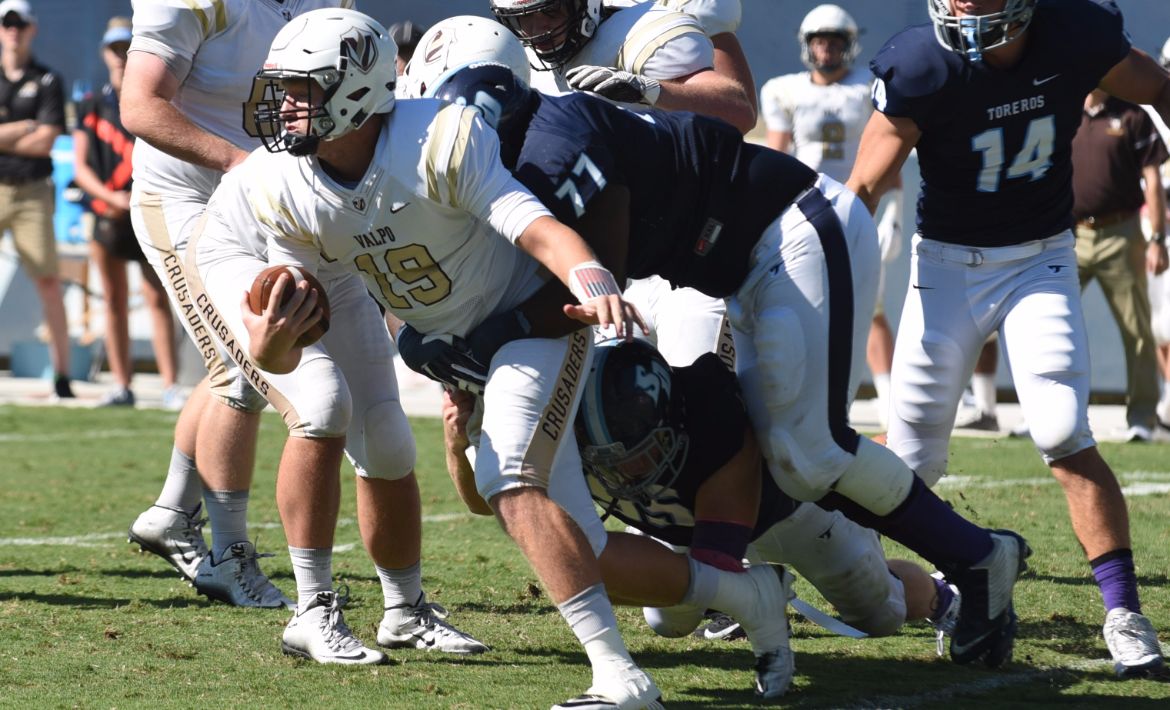 The Valparaiso University football team visited San Diego on Saturday for a matchup with the top team in the Pioneer Football League, and the Toreros showed why they’re unblemished in league play with a 49-10 victory over the Crusaders. The win extended San Diego’s streak to 26 straight home PFL victories spanning six seasons.

The Crusaders (3-5, 2-3 PFL) return home next week after back-to-back weeks away from Brown Field. They host rival Butler (3-5, 1-4) on Saturday, Oct. 29 at 1 p.m. in the annual Battle for the Hoosier Helmet. The game can be seen on ESPN3, WatchESPN and the WatchESPN app. Links to the video stream as well as live audio and stats will be available on ValpoAthletics.com.