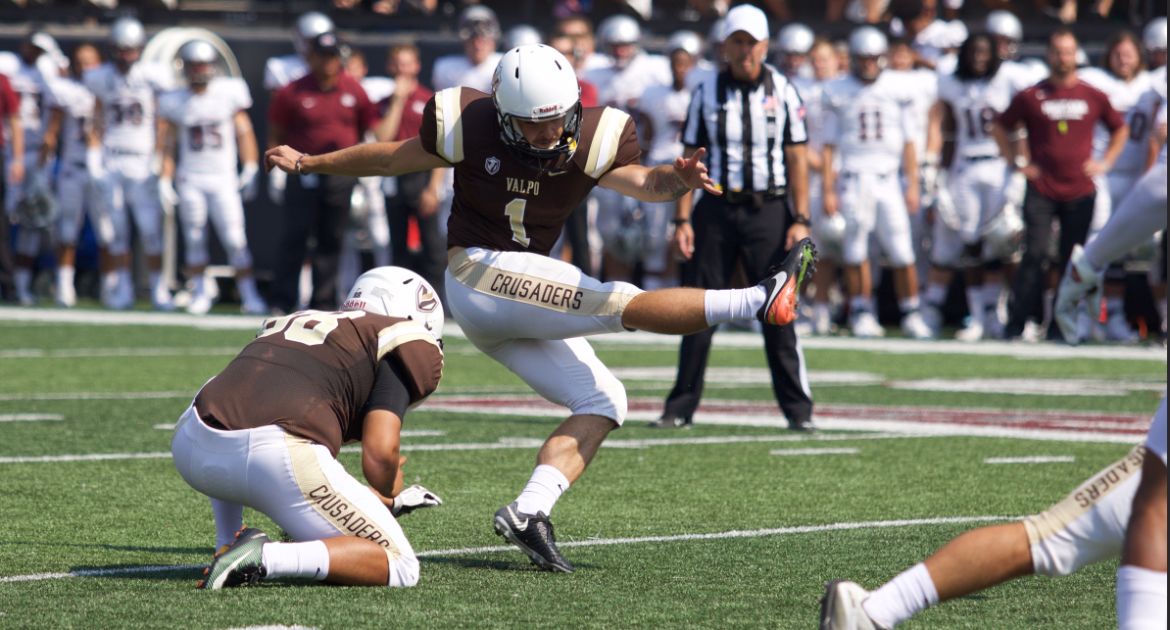 Sophomore kicker Dimitrios Latsonas (Westmont, Ill. / Westmont) was recognized as the PFL Special Teams Player of the Week after booting a pair of field goals through the uprights – both of which proved vital in the eventual three-point victory. Latsonas hit from 34 yards and 30 yards while also converting all three PAT attempts.

The Valpo kicker is a perfect 6-for-6 on field-goal tries this season, one of 13 players in the FCS nation without a miss. Latsonas is tied for second nationally for most field goals without a miss this year.

After upping their record to 2-3 and 1-1 in PFL action with Saturday’s win, the Crusaders hit the road to play Campbell this week. Saturday’s game kicks off at 1 p.m. CT with links to live video, audio and stats available on ValpoAthletics.com.