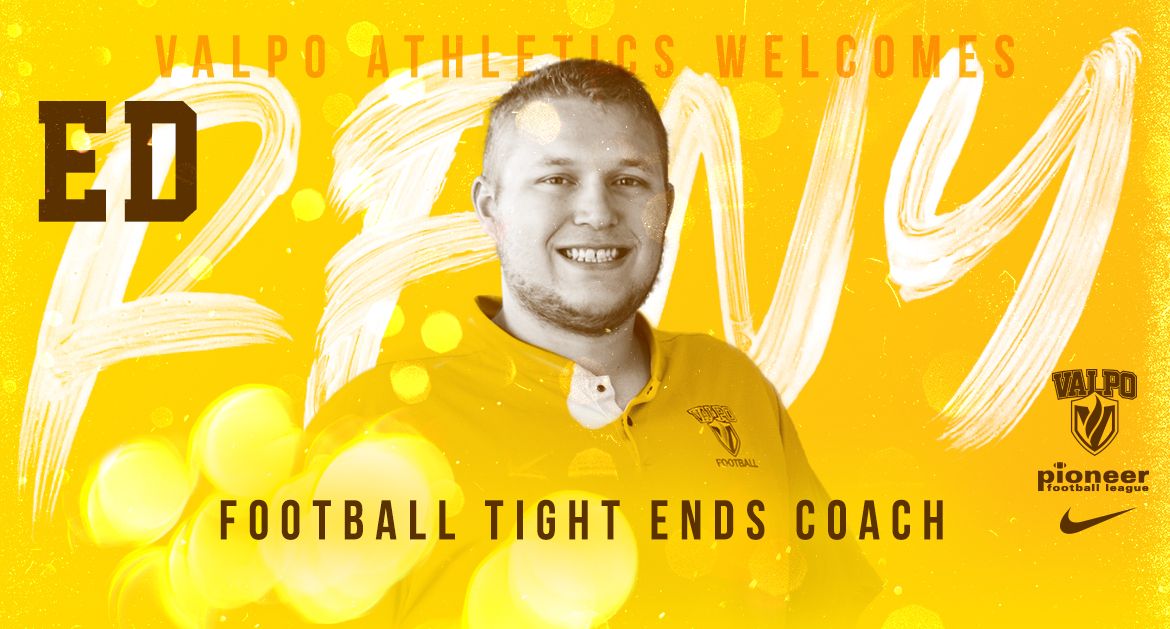 Valparaiso University football coach Landon Fox has announced the addition of Ed Reny to his coaching staff as the team’s tight ends coach.

“Coach Reny’s experience as an offensive lineman and his ability to continue to evolve our tight ends in the running and blocking game made him a great fit for our position,” Fox said. “He came highly recommended from (Valpo special teams coordinator/linebackers coach) Jon Robinson, who coached him and worked with him. He saw both sides of him as a player and coach and his work ethic in both roles. He had other opportunities and chose to come to Valparaiso because he believes in what we’re trying to accomplish.”

“First and foremost, the people are what attracted me to Valpo,” Reny said. “I coached with Jon Robinson at Wayne State and he is the kind of person who will give you his honest opinion about a program. I came in to meet with Coach Fox, and it was 100 percent what Jon said. His attitude, vision and enthusiasm make him a great leader for this program. This campus and community make me feel like I’m back home.”

Reny has recently entered a new chapter in his life both professionally and personally. Shortly after accepting the position at Valpo, he and his wife Patricia were married on Saturday, July 27.

“I’m so excited to be here and get after it with our tight ends,” Reny said. “Players need to see that I’m invested as much as they are, so I want to put my best foot forward by being demanding but not demeaning. Everyone is different, so as a coach you have to be able to approach things differently with each individual and for the team as a whole. I’m thrilled to be here.”