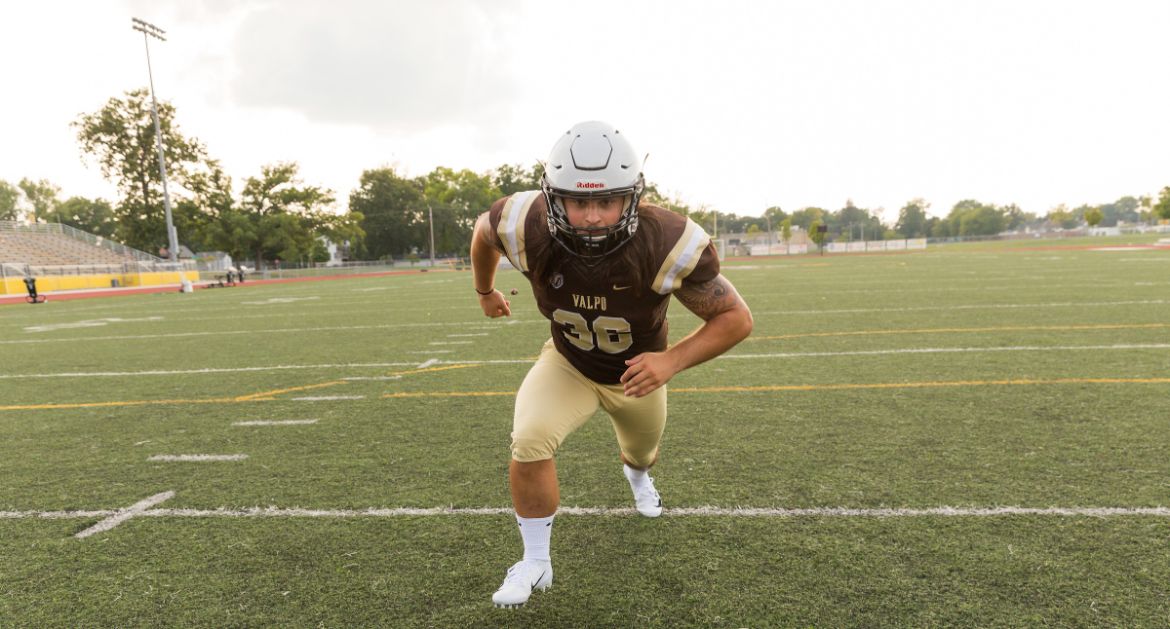 Petrie received All-PFL Honorable Mention last season after finishing third on the team with 80 tackles (35 solos), including a team-high 9.5 TFL for 45 yards. He is ranked seventh in the PFL with 7.3 tackles per game. He was second in the league with 5.5 sacks, an average of 0.5 per game and tied for eighth in the PFL with 9.5 tackles for loss, 0.86 per game.

Jarnigan started at center for all 11 games in 2018, while Reed did the same on the defensive line. Jarnigan earned all-PFL Honorable Mention status as an anchor of Valpo’s offensive line. Reed corralled 50 tackles (15 solos), averaging 4.5 tackles per game. Reed ranked third in the PFL among ends/linemen in tackles per game, leading Valpo players at those positions while finishing as one of six team members with 50 tackles or more.

Booker was named 2018 All-PFL Honorable Mention and represented Valpo on the 2019 All-PFL Team. He started all 11 games and accrued 91 tackles, second on the team and most among returnees for 2019. He racked up 20 tackles on Sept. 29, 2018 against Davidson, becoming the first Valpo player with a 20-tackle game since at least 2002 and was one of just six players in the FCS nation to achieve that feat all season.

Latsonas – a 2018 Academic All-PFL Second Team Honoree and 2017 All-PFL Honorable Mention choice – converted 36 of his 37 PAT attempts last season, breaking his own school record for made extra points in a single season after previously setting it with 35 in 2017. He booted 37 touchbacks last year and went 8-of-12 on field-goal tries.

Valpo will open up the 2019 season on Thursday, Aug. 29 at Eastern Kentucky.