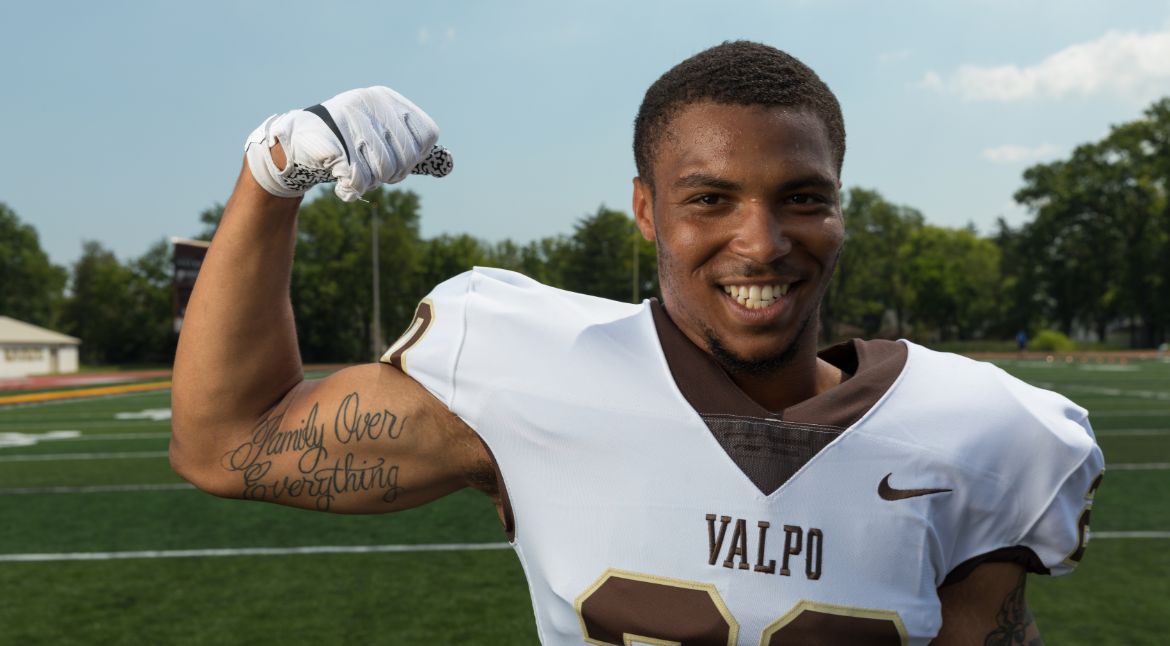 A pair of Valparaiso University football players received recognition on Sunday after making key contributions to the team’s 19-10 victory over Stetson on Saturday at Brown Field.

Booker had a pair of interceptions including one that sealed the victory over the Hatters, becoming just the third player in the FCS nation with two multiple-interception games this season. There have been only four instances of a Pioneer Football League player snagging multiple picks in a game this season, and Booker has accounted for two of them. He also had a season-high 13 tackles to lead the team, helping Valpo limit a potent Stetson offense to a 10-point output. The Hatters entered the game leading all of FCS in both scoring and total offense.

Latsonas went 4-for-4 on field goals and accounted for 13 of the team’s 19 points in the victory. He was the first Valpo kicker to make four field goals in a game in at least 15 years, the first kicker in the PFL to do so this season, and the 13th in the nation in FCS. Two of the kicks came from 40 yards or longer. He also thrived on kickoffs, averaging 62.0 yards per kick including three touchbacks in six chances. Latsonas’ work came in challenging conditions to kick as rain fell throughout the game.

Valpo will look to make it two wins in a row this week as the team visits Davidson for a noon kickoff on Saturday. Links to live video, audio and stats will be available on ValpoAthletics.com.