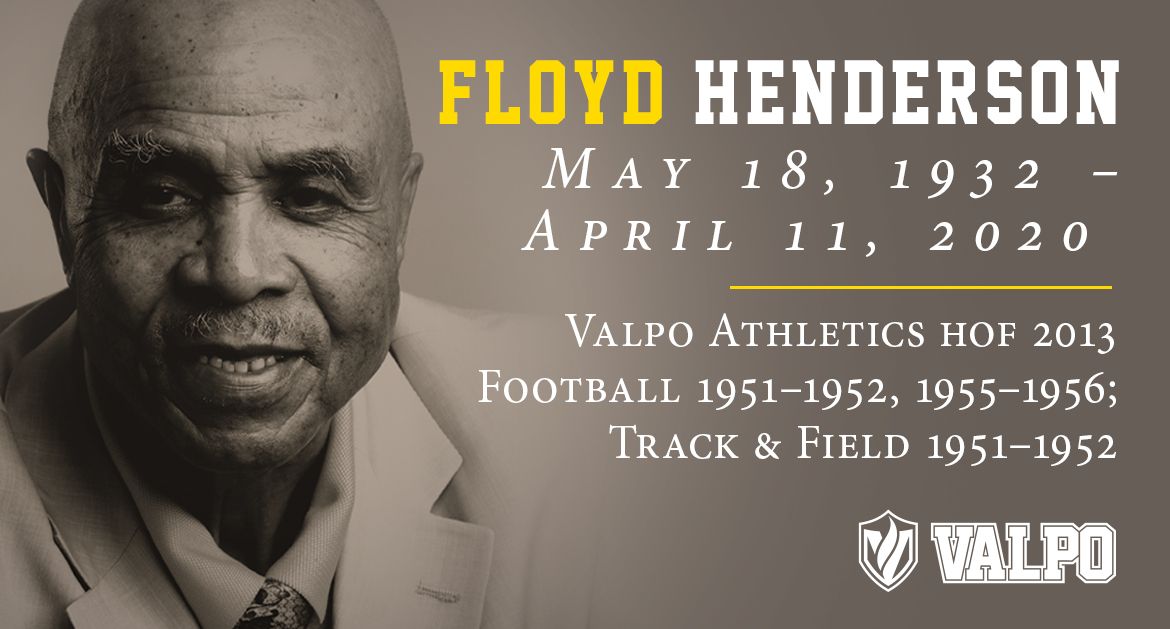 The Valpo Athletics family is saddened by the passing of Floyd Henderson ‘57, who became the first African American to compete in intercollegiate athletics at Valparaiso University in 1951.

A trailblazer for the department and University, Henderson’s impact on Valpo’s campus community is felt to this day and will be for years to come. He represented the University in a commendable manner both during his playing days in football and track and in his career as a biological science librarian with the U.S. Forest Service.

Following his sophomore year, Henderson served two years active duty in the U.S. Army, where he was a starter on the U.S. Army 5th Division football team. Upon graduation, Henderson was invited to NFL tryouts with the Chicago Bears and Detroit Lions. He was a member of the football program in 1951, 1952, 1955 and 1956 and competed in track & field in 1951 and 1952.

Henderson returned to campus in 2013 for his enshrinement into the Valpo Athletics Hall of Fame.