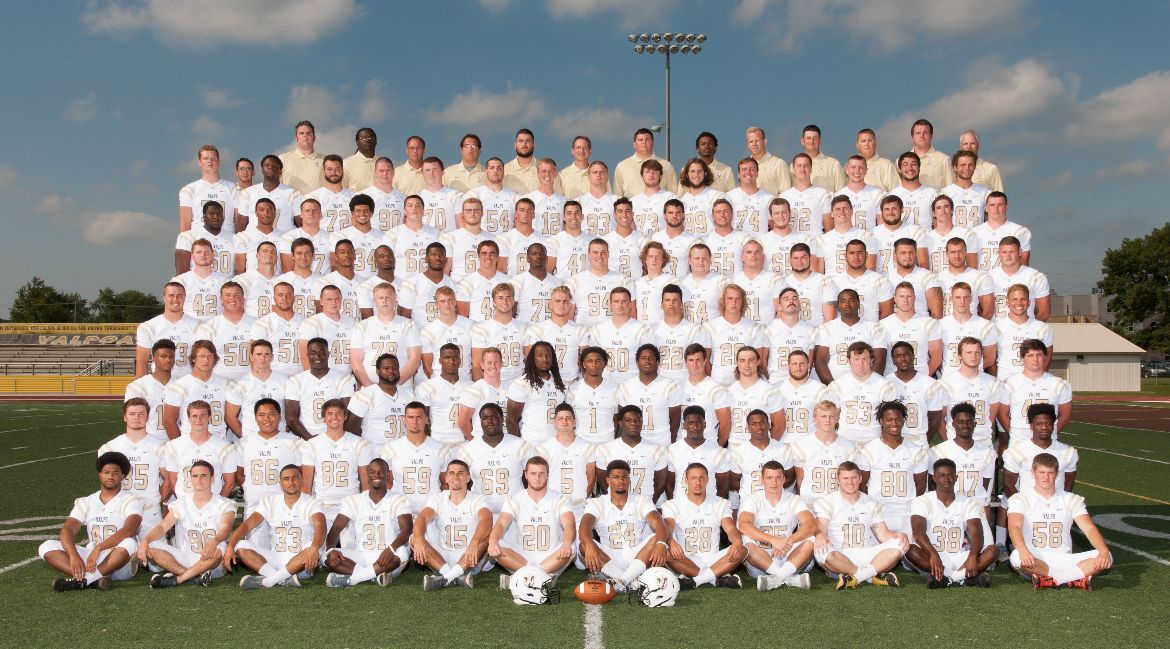 Kurt Mattix (back row, third from right) returned to his alma mater and served on the coaching staff in 2015. 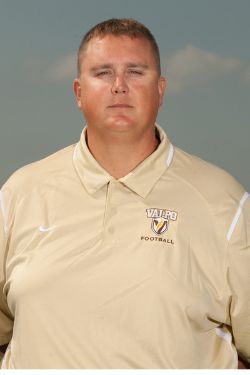 He graduated from the University in 1999 with a degree in physical education after playing for the Brown & Gold. He returned to Valpo in 2015, when he served as the program’s linebackers coach and special teams coordinator. He’s a Northwest Indiana native who graduated from Portage High School in 1994. His father Bob Mattix, another NWI local and a 1967 Hobart High School alum, was the defensive line coach at Valpo from 1994-2000 and has coached at numerous local high schools.

The connection goes a step further, as Mattix is the godfather of Fox’s son Logan. Fox and Mattix have remained in close contact, talking via phone at least once a week since their days as Wayne State colleagues.

“He’s more than just a coworker and football coach,” Fox said. “He loves you like you’re a brother. He’ll do anything that he can for you. He has your best interest in mind. He’s a selfless leader and would do anything for my family and me. When I had the opportunity to make him my son’s godfather, it was an easy choice. He’s such a giver. I lean on him for important decisions and advice.”

If Valpo fans turn their televisions to CBS Sports Network on Friday night, they’ll see a familiar face roaming the San Diego State sidelines during a Mountain West matchup with San Jose State. Mattix is in his first season as head coach Brady Hoke’s defensive coordinator. The Aztecs are attempting to improve to 3-0 and build on lopsided victories over UNLV and Utah State the last two weeks.

Mattix’s defense leads Division-I FBS in a variety of categories through the team’s first two games. The Aztecs own the nation’s top scoring defense (6.5 points per game) and total defense (200.5 yards per game). They also lead the nation in yards per play (3.34) and rank third in defensive third-down conversions (22.6), passing defense (109.0), turnover margin (+1.50) and scoring margin (+29.5).

“It’s no surprise he has been so successful in his coaching career,” Fox said. “Football is everything to him. He puts his student-athletes first. It’s all about the players, and it’s about more than football. It’s about relationships, and that’s why we all get into the coaching profession. I knew he was going to be successful at whatever level he coached.”