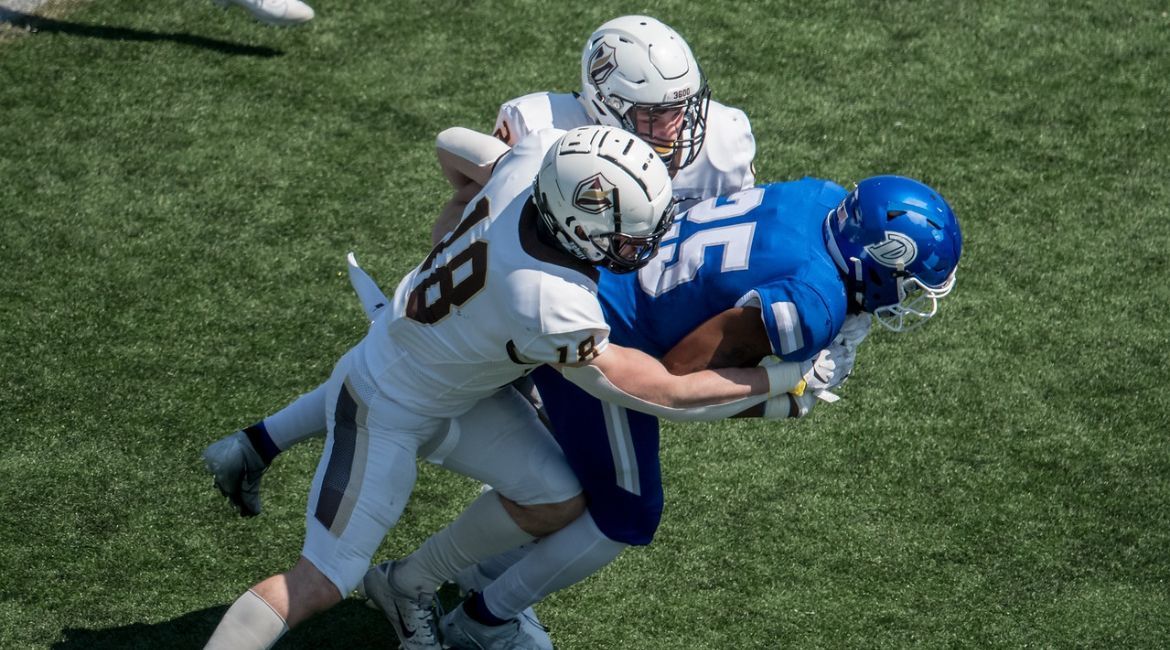 The Valparaiso University football team achieved history on Saturday afternoon, notching the program’s first-ever victory at Drake by prevailing 10-7. The win snapped a 17-game losing streak to the Bulldogs that dated back to 2003 and marked the program’s first triumph in 14 visits to Drake Stadium in Des Moines, Iowa. Keyon Turner (Chicago, Ill. / Marist) forced a turnover for the fourth straight week, Austin Martins (Newman, Calif. / Orestimba [Modesto JC]) accrued 2 ½ sacks and the Valpo defense turned in another fine performance to pave the way to the win.

On making program history with Valpo’s first win at Drake: “I’m so happy for the athletic department, the University and especially our football team. Our players have worked so hard, and we demand their best each and every day. That’s not easy to do. They do a great job coming out every day and giving a full effort. We played hard for four quarters and found a way to win.”

Thoughts on the defense: “There were some times where our defense bent but didn’t break. We were able to get a big stop in the red zone, which we talk about quite a bit. We just stayed the course. The guys did a good job with the game plan and executing at a high level for a long period of time. I’m extremely pleased with the way we executed.”

On Keyon Turner “He has a great feel for the game. He understands the schematics of what we’re trying to do. He has a feel for what the offense is trying to do against us, and that’s paid off for him all year. Four turnovers in four games – he’s done an outstanding job.”

On Bartholomew’s 49-yard FG: “The decision to kick was partly based on the way the game was going. At that point, I really felt we could win 3-0. We’ve pushed Bart in practice back to 60; he isn’t quite making on a consistent basis from that distance, but he certainly has the leg strength. I’m very comfortable with him kicking from far distances. Niesner is the holder for him, and they do a great job of preparing every day in practice.”

On Niesner’s Punts: “He’s continuing to do a great job. We ask a lot of him in terms of the different kinds of punts that we use, and he was able to flip the field throughout the day. We did a much better job in the ‘hidden yardage’ battle than we did the first time against Drake, and a big part of that was Ben.”

On Austin Martins: “We were able to get some pressure throughout the day, and Austin executed the defense that was called. The guys understood the game plan, and that helped them in terms of being able to make plays. Austin made some big plays for us, especially the sack late in the game.”

Valpo (3-1) will attempt to secure a winning season and notch its third straight victory next Saturday at Morehead State. The game will air on ESPN+ beginning at 11 a.m. CT in Morehead, Ky. Links to live video, audio and stats are available on ValpoAthletics.com.