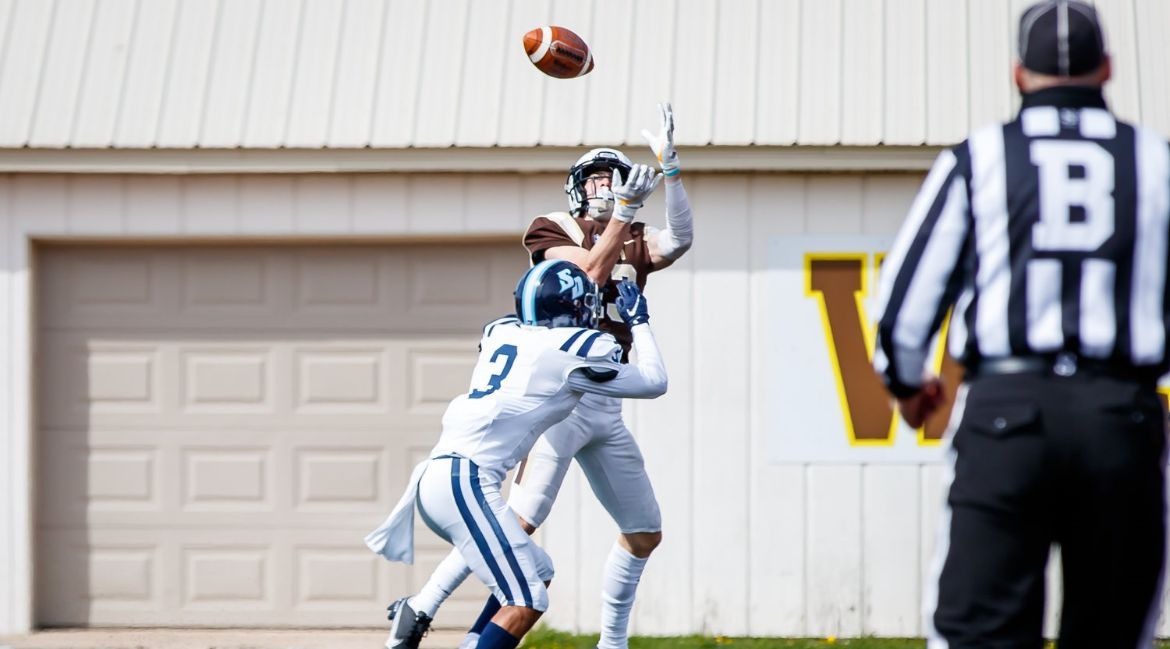 A Valparaiso University football season that featured no shortage of dramatic finishes concluded with the most heart-pounding moment yet during Saturday’s season finale against Pioneer Football League preseason favorite San Diego at Brown Field.

With 25 seconds remaining and Valpo down six, freshman Braden Contreras (Hillsdale, Ill. / Hinsdale Central) made an impressive catch on a 9-yard pass from quarterback Ben Nimz in the back corner of the end zone. After a second that felt like an eternity, the official put his hands in the air to signal a touchdown as Contreras narrowly got his foot inbounds, sending the Valpo sideline into a state of delirium. Moments later, kicker Brian Bartholomew’s (Sugar Grove, Ill. / Kaneland) extra point sailed through the uprights to give Valpo a 20-19 lead that proved to be the final score.

San Diego’s last desperation heave was intercepted by Alex Carrillo (Plainfield, Ill. / Nazareth Academy) near the end zone, propelling head coach Landon Fox’s team to Valpo’s first win over the Toreros since 2003. Saturday marked the end of a memorable spring season that saw Valpo post its best winning percentage since 2003, but this is only the beginning of successes to come for a blossoming program under a second-year head coach.

Valpo (4-2) is scheduled to open the Fall 2021 season with a road game on Sept. 4. Stay tuned for the full release of the fall schedule.