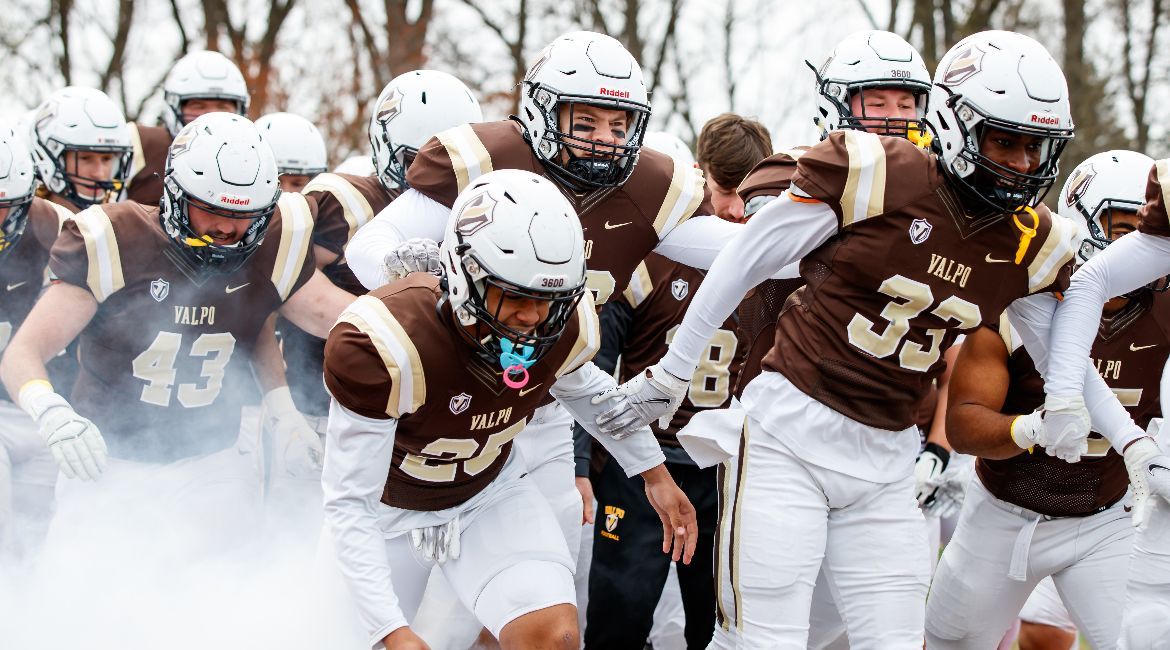 Reese garnered 2019 All-PFL Honorable Mention after leading the team in receptions (34), receiving yards (545) and receiving touchdowns (five). He is entering his third year as a starter.

Washington was named the PFL Offensive Player of the Year following the Spring 2021 season, when he also earned Valparaiso University Male Athlete of the Year and was a unanimous All-PFL First Team choice. He ranked eighth nationally in rushing yards per game at 108.8.

Annis earned All-PFL second team, academic All-PFL First Team and the team’s Koenig Award for outstanding sportsmanship and character last season. He ranked second on the team and eighth in the league with 6.8 tackles per game.

Orlandini is a veteran who started all six games on Valpo’s defensive line during the spring slate. He has seen action in each of his first four seasons on campus and is slated to play a key role on the defensive line again this fall.

Valpo will kick off the season on Saturday at 5 p.m. CT at Indiana Wesleyan in Marion, Ind. A video stream of the game will be available on Stretch Internet courtesy of Indiana Wesleyan Athletics and the hometown call with Todd Ickow and Brandon Vickrey will air on 95.1 FM Valparaiso WVUR and ValpoAthletics.com.