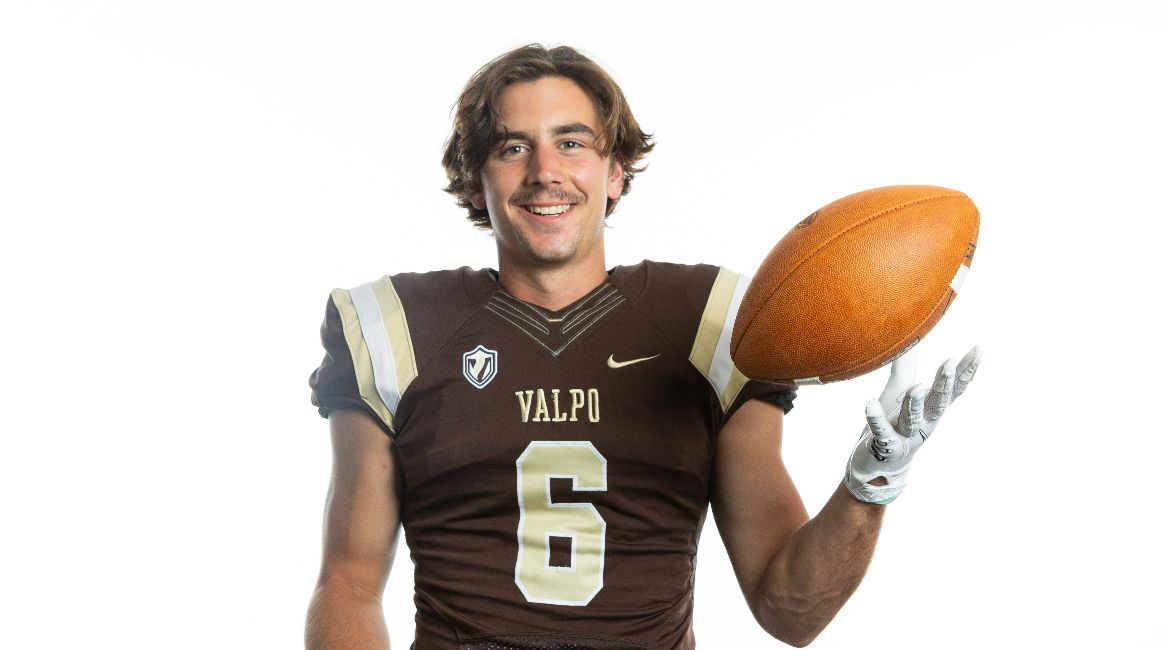 This Week in Valpo Football: The Valparaiso University football team will face a significant test this week as the program receives the opportunity to take the field opposite one of the nation’s premier Division-1 FCS programs. Valpo will visit a nationally-ranked North Dakota State team that has won eight of the last 10 FCS national titles. The Beacons will compete in their second of three nonconference contests.

Previously: Valpo outscored host Indiana Wesleyan 10-7 over the final three quarters of the team’s Week 1 game on Saturday, Sept. 4, but an early deficit proved too large to overcome and the Wildcats prevailed 28-10. Wide receiver Chuck Maxwell was a bright spot offensively as he boasted a team-high 77 rushing yards on jet sweeps including a 45-yard TD run that represented the only points of the second half by either team. Jaxon Peifer accrued a career-high 14 tackles to pace a Valpo defense that did not yield a point after halftime.

Series Notes: This will mark the second meeting between Valpo and North Dakota State, with the first coming back on Aug. 28, 2004 in Fargo. The Bison prevailed 52-0 in their first game as a Division-I program after transitioning from Division-II. That was the first game of Tom Horne’s final season as Valpo head coach.

Following Valpo Football: The game will be televised on the statewide ABC network in North Dakota and will be available across the world wide web on ESPN+. Dom Izzo (pxp), Kyle Emanuel (color) and Logan Campbell (sideline) will have the call. For those seeking the hometown radio broadcast, Todd Ickow and Brandon Vickrey will describe the action on 95.1 FM WVUR, on the TuneIn Radio app and online with links available on ValpoAthletics.com. For in-game Twitter updates, follow @valpoufootball.

Head Coach Landon Fox: Landon Fox (5-14) is in his third season as the head coach of the Valparaiso University football program in Fall 2021. During his second season at the helm in Spring 2021, Fox was a finalist for the Eddie Robinson Award – which is presented annually to the FCS National Coach of the Year – after guiding Valpo to its best winning percentage since 2003 and tying for the squad’s best winning percentage since 1999. He led his team to Pioneer Football League runner-up honors, the program’s highest finish in the league standings since the PFL championship season of 2003. Fox’s defensive roots paid dividends on that side of the football in his second year at the helm, as the team enjoyed its best defensive season in four decades. Valpo held opponents to 283.3 yards per game, the program’s best total defense in the last 40 years. Valpo limited the opposition to 172.2 passing yards per game, the program’s best passing defense since 2008. In addition, the squad boasted its best rushing defense (111.2 yards per game) and scoring defense (18.7 points per game) since 1999. In Year 1 of the Fox Era in 2019, Valpo ranked in the Top 5 in the PFL in scoring defense (32.0, fifth), total defense (381.6, fourth), rushing defense (184.2, fourth) and passing defense (197.3, fifth). After spending the previous 11 seasons as the defensive coordinator and secondary coach at the University of Dayton, Fox was named the head football coach at Valpo prior to the 2019 season. He helped the Flyers finish with 10 winning seasons in his 11 years on staff and guided a defensive backfield that produced one All-American, four Academic All-Americans, two PFL Special Teams Players of the Year and three corners who were invited to NFL Rookie Minicamp. Prior to joining Dayton’s staff, Fox served as the linebackers coach and special teams coordinator at Wayne State University in Detroit from 2005-2007. He also spent time as a defensive graduate assistant at Ball State University (2004), Dayton (2002-2003) and Lakeland College (2001). Fox began his coaching career as an assistant varsity coach at Preble Shawnee High School in Camden, Ohio during the 2000 season. During his playing days, Fox was a team captain and all-conference performer at Defiance College in Defiance, Ohio from 1995-1999 and graduated with a degree in physical education and health in May 2000 before earning his master’s degree in education from Lakeland in May 2002.

Scouting the Opponent: North Dakota State was picked second behind South Dakota State in the Missouri Valley Football Conference preseason poll. The Bison are ranked fifth nationally in the latest Stats Perform FCS Top 25 and fourth in the AFCA Coaches Poll. NDSU had seven preseason All-Americans, including fullback Hunter Luepke and offensive lineman Cordell Volson, who were named to the STATS Perform and HERO Sports first teams. Senior wide receiver Christian Watson and Volson were both named to the watch list for the Reese’s Senior Bowl, the nation’s most prestigious college all-star game. The Bison started their season with a 28-6 victory over Albany in Week 1. NDSU had two interceptions and a fumble recovery that led directly to three of the team’s four touchdowns, highlighting an impressive defensive performance. Dominic Gonnella rushed for 135 yards and two scores. North Dakota State boasts numerous alums playing professionally, including 2021 NFL first-round draft choice QB Trey Lance (No. 3 overall, San Francisco 49ers). The Bison fell to Sam Houston 24-20 in the FCS quarterfinals during the Spring 2021 season, snapping a streak of three straight national titles.

Valpo vs. Ranked Opponents: This will mark Valpo’s first game against a ranked opponent since starting the 2016 season with a 50-13 defeat at No. 8/10 Illinois State. Montana was a fringe top 25 team and was just outside the STATS FCS Top 25 when Valpo gave the Grizzlies a competitive game before falling 45-23 to open the 2017 season. Valpo fell 52-10 at No. 17 Eastern Kentucky to open the 2015 season.