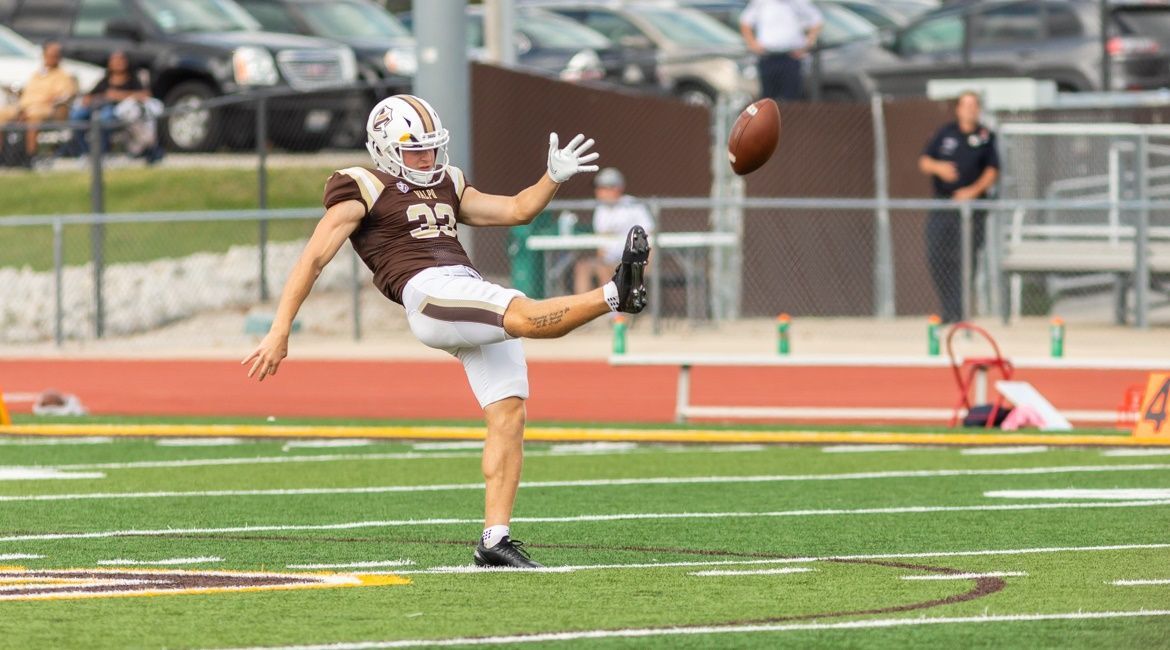 Ben Niesner was named the PFL Special Teams Player of the Week for the third time in his career.

The Spring 2021 co-PFL Special Teams Player of the Year boasted a career-best 53.2 yards per punt average on six attempts this week, launching four punts of 50-plus yards and all six 40 yards or more. His performance marked the 10th-best single-game punting average in Division-I FCS this season.

Niesner’s biggest boot of the day was a 63 yarder that represented his season long. With his successful Saturday in St. Paul, Niesner’s season average is up to 43.7 yards per punt. He ranks 17th nationally in Division-I FCS this season and ranks seventh among active Division-I FCS players with 7,843 career punting yards.

Niesner, who was named to the FCS Punter of the Year Preseason Watch List and was a semifinalist for that honor a year ago, also earned PFL Special Teams Player of the Week laurels twice during the six-week Spring 2021 docket.

Following Saturday’s 20-13 setback to the Tommies, Valpo has a bye week before returning to action on Oct. 23 vs. Dayton at noon at Brown Field.