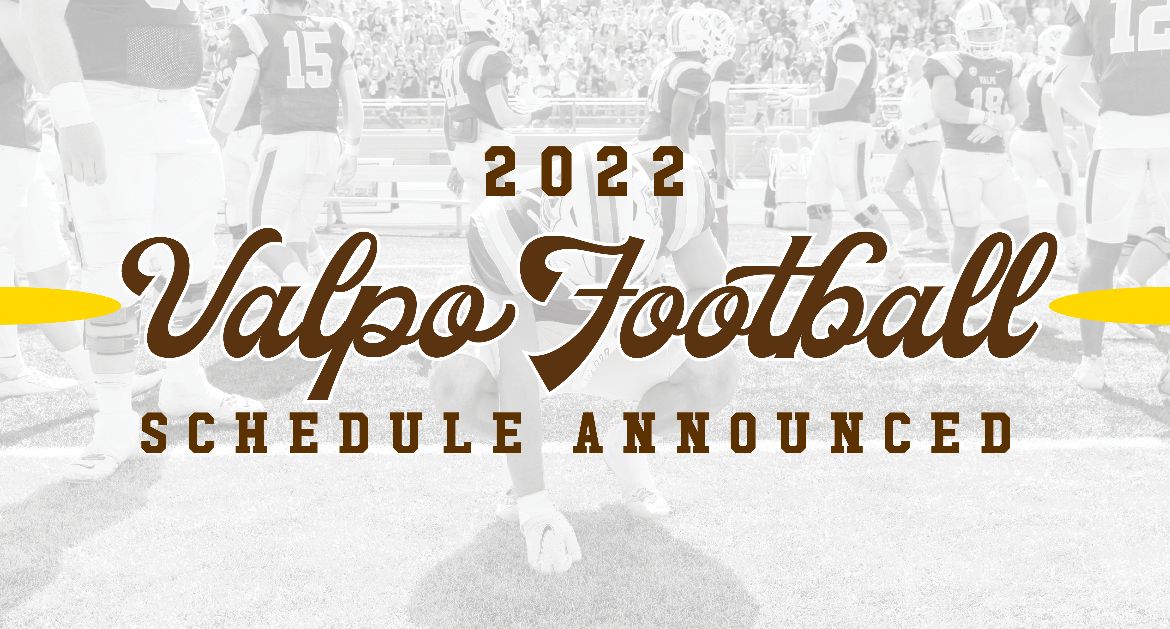 After a 2021 calendar year that saw the Valparaiso University football program take significant steps forward, the next opportunity for the team to continue its forward trajectory will be here in the blink of an eye as the 2022 season is already fast approaching.

The program has revealed its 2022 slate, which will begin on Sept. 3 as the Beacons host Indiana Wesleyan at Brown Field. Valpo will once again challenge itself during the nonconference slate as the matchup with Indiana Wesleyan will be followed by road trips to Illinois State (Sept. 10) and Dartmouth (Sept. 17).

Valpo visited Indiana Wesleyan in Fall 2021 for the first matchup between the two teams. The Wildcats are coming off a 9-1 season and were ranked among the top NAIA teams in the nation throughout 2021.

Illinois State is a full-scholarship program and a member of the Missouri Valley Football Conference, the nation’s top FCS conference. The game against the Redbirds will take place at Hancock Stadium, a 13,391-seat facility in Normal, Ill. This will be the fifth matchup between Valpo and Illinois State and first since 2016.

Dartmouth finished the Fall 2021 campaign with a 9-1 record and was ranked No. 20 nationally in the final STATS FCS Top 25 poll. Valpo had a strong showing against the high-quality opponent on Sept. 18, 2021 at Brown Field as the Big Green escaped with a 28-18 victory in the first-ever meeting between the two teams. This will mark the program’s first opportunity to visit an Ivy League opponent since Sept. 25, 1999 at Yale. The game will take place at Memorial Field in Hanover, N.H.

Pioneer Football League play kicks off on Sept. 24 as Valpo hosts San Diego on Homecoming Saturday at Brown Field. Following a bye week, the Beacons will make their first ever trip to Clinton, S.C. to take on Presbyterian on Oct. 8. An exciting stretch continues on Oct. 15 as Butler comes to Northwest Indiana for the latest installment of the Hoosier Helmet rivalry, a matchup that saw Valpo go 3-0 in the calendar year 2021. Valpo blitzed the Bulldogs 47-3 on Nov. 13, 2021, the most lopsided victory over a Division-I opponent in program history.

After the Battle for the Hoosier Helmet, Valpo hits the road for consecutive weeks as the team visits Morehead State (Oct. 22) and Dayton (Oct. 29). The trip to Dayton will mark Valpo head coach Landon Fox’s first return to his former school since accepting his current position prior to the 2019 campaign.

Second-year PFL member St. Thomas will make its first trip to Brown Field on Nov. 5, then Valpo will head to Poughkeepsie, N.Y. for the Nov. 12 road finale at Marist. The regular season wraps up on Nov. 19 vs. Drake at Brown Field.