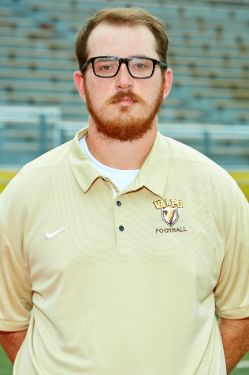 The program enjoyed its first winning season since 2003 in Ford's first year on staff.

Ford came to the Crusaders after spending the 2016 season as the tight ends coach at Franklin & Marshall College. He helped guide the Diplomats to a 7-4 overall record and 6-3 conference mark.

Ford received first-team all-Patriot League honors as a senior in 2015, when he served as a team captain for Lehigh. He started all 11 games in both his junior and senior seasons. The Wall, N.J. native earned a Bachelor of Arts Degree in accounting during his time at Lehigh.