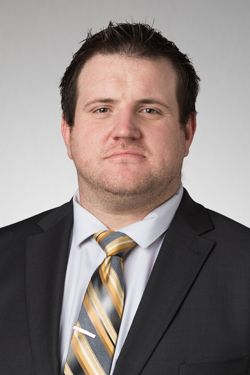 Zach Greiner completed his fourth season on the Valpo coaching staff in 2018 and currently serves as an outside linebackers coach. Greiner was on staff as the program enjoyed its first winning season since 2003 in 2017.

The University of Saint Francis alum served as a graduate assistant at his alma mater, working with the offensive line, before accepting a position as assistant offensive line coach at Valparaiso High School

Greiner started all 48 games at the University of Saint Francis throughout his four years. He was a mainstay on the team's offensive line, having logged time at left guard, left tackle and center. He led the Cougars to two Mid-States Football Association (MSFA) ME Conference Championships in his four seasons. Greiner was named a First Team All-MSFA center his senior year after earning Second Team honors his junior season at guard.