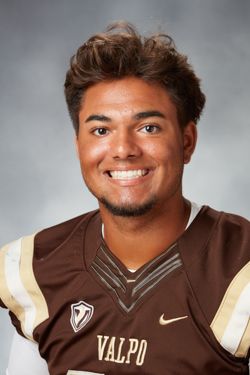 Prep (Athletic): Helped his team to a 32-5 varsity record as a leader on the Casteel defense… Won the 2017 Arizona 3A state championship… A three-year varsity starter, was selected first team all-conference at defensive back… Was a two-time 3A all-region DB… Was a First Team All-CUSD (Chandler Unified School District) DB and a three-time AZ First Team All-Academic team selection… Selected as a defensive back for the U.S. U-17 national football team at International Bowl VIII (2017) vs. Japan… Was a Blue Grey All-American choice in 2018…. Was a setter on the Casteel varsity volleyball team for three years, earning all-region and all-CUSD honors… Selected as a Max Preps & American Volleyball Coaches Association Western Region Player of the Week on April 16… Reached the 2,000 assist milestone in 2019.