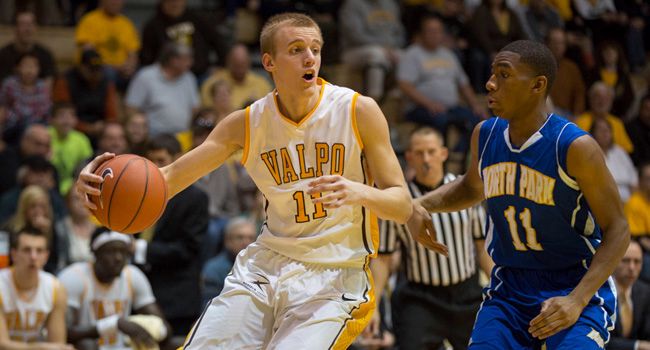 Clay Yeo has been released from his commitment to Valpo.

Valparaiso men's basketball head coach Bryce Drew announced today that Clay Yeo, who completed his freshman season in 2013-14 with the Crusaders, has been released from his commitment to the men's basketball program.

Yeo appeared in 28 games in his lone season with the Crusaders, playing nearly 14 minutes per game and averaging 4.1 ppg while hitting at a 45.5% clip from 3-point range. His season was highlighted by hitting a last-second 3-pointer to knock off Oakland on Feb. 9, capping a game where he connected on four 3-pointers and limited NCAA all-time 3-point leader Travis Bader to just one triple while he was in the game.

“Our university and program have invested a lot into Clay, and we are proud that he has became a better man, a better student and a better basketball player from his time at Valpo,” said Drew. “He has expressed a strong desire to be closer to his family and high school friends, so we are releasing him from his scholarship at Valpo to enroll at Bethel College.”