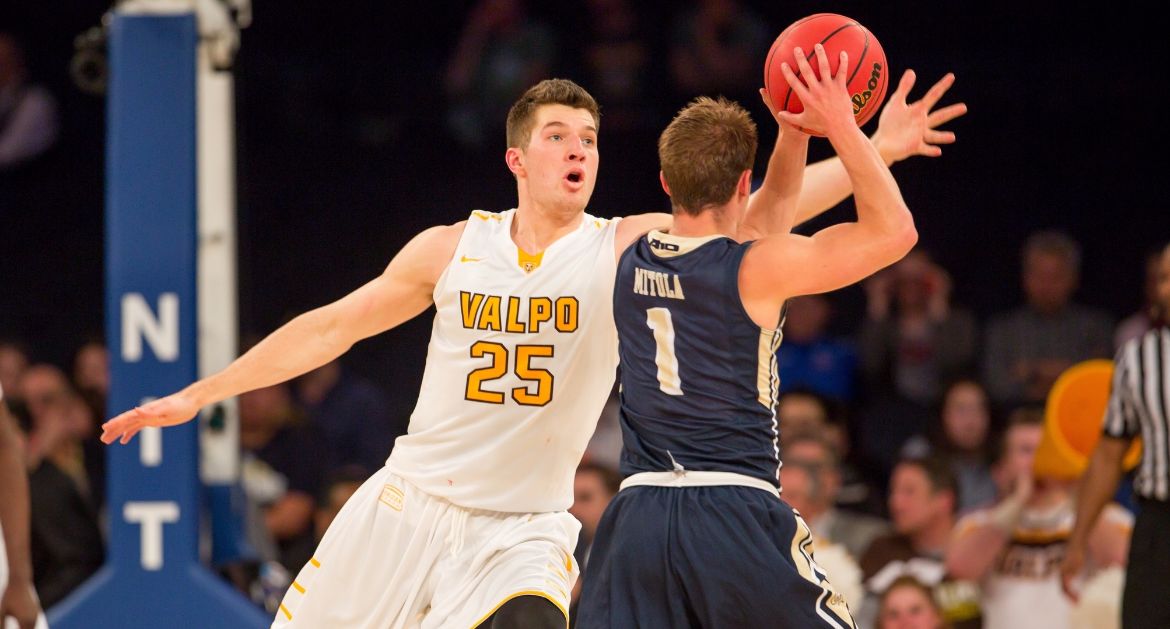 Valparaiso University junior forward Alec Peters (Washington, Ill./Washington) announced Thursday that he will declare for the 2016 NBA Draft. Peters will not hire an agent at this time, allowing him to withdraw from the draft process at any point prior to the May 25 NCAA deadline and return to school for his fourth season of collegiate eligibility.

“I’m excited to see what the NBA Draft process has in store for me,” said Peters. “Obviously, I’m declaring for the draft in hopes of being drafted, and I’m going to attack the process as if I’m going to be drafted this year. I’m planning on going into the workouts like I approach every practice and every game, working as hard as I can every time I take the floor and trying to perform at the highest level.”

Men’s basketball student-athletes are afforded the opportunity to put their name into the draft process, but maintain their collegiate eligibility as long as they don’t hire an agent. The NBA Draft Combine runs May 11-15, and players who have not hired agents have 10 days following the combine’s conclusion to make a final decision to return to school or remain in the draft. Declaring for the draft allows Peters the chance to be invited to the combine and/or to private workouts for NBA teams and to receive feedback from NBA executives on those workouts.

Peters earned a myriad of honors during his junior season as a Crusader, as he was named an AP Honorable Mention All-American, a USBWA All-District V honoree, an NABC All-District 12 selection and a First Team All-Horizon League choice as he led Valpo to the championship game of the NIT. Peters scored the second-most points in a single season in Valpo program history, finishing the year with 679 points scored, and also ranks fifth on the Crusaders’ single-season rebounding chart with 313 rebounds.

For the season, Peters averaged 18.4 points and 8.5 rebounds per game on 50.5% shooting from the floor, while also shooting at a 44% clip from 3-point range. One of the nation’s most efficient players, Peters ranked fourth in the nation (>20% possessions used) in Ken Pomeroy’s Offensive Rating metric – the second consecutive season he has ranked in the top-10 nationally in the category.

Peters is the first Crusader to test the NBA Draft waters since Brandon Wood declared for the draft following the 2010-2011 campaign.