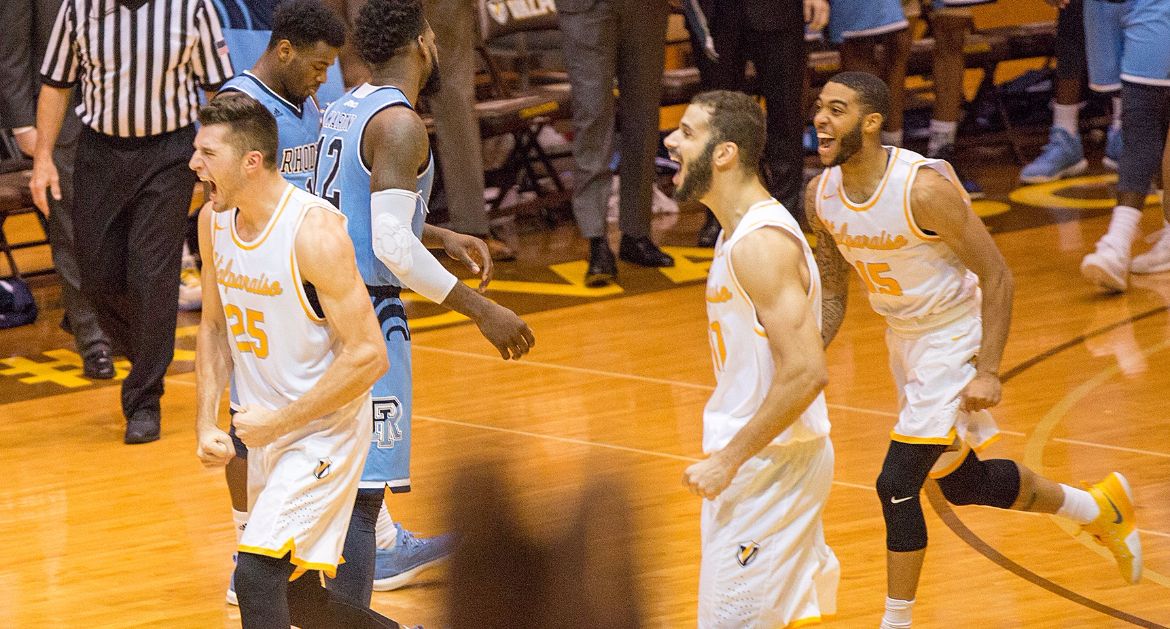 In the midst of many victories at the ARC over the last 28 years, one thing has eluded the Valparaiso University men’s basketball team since beating Notre Dame in December of 1988: a home victory over a nationally-ranked opponent. But that changed Tuesday night at the ARC, as the Crusaders – behind 27 points and a game-sealing blocked shot by senior Alec Peters (Washington, Ill./Washington) – took down #21/25 Rhode Island in front of a raucous home crowd by a 65-62 final.

The win also marked the Crusaders’ first victory overall against a nationally-ranked foe in their last 41 tries. The last Valpo win over a top-25 team came in the first round of the 1998 NCAA Tournament, when the Crusaders famously knocked off Ole Miss.

“As we reflect on the game, one of the things we always talk about is being resilient. Tonight, against an extremely good team that is going to win a lot of games, our guys continued to push the envelope. Continued to be aggressive, continued to fight for every loose ball. We played very tough. We want that to be an identity of our team, and I think it was tonight. The crowd gave us an extra boost. They were fantastic. I’m proud of the competitiveness and the effort from top to bottom.”

On beating a nationally ranked opponent: “It’s a big win for us. We’re very grateful that they came here. I’m thankful for them to do that. For us, we talk about the process and keep taking positive steps forward. It’s a great victory. We’re going to celebrate it, but we want to keep moving forward. We have some long-term goals, and every day we’re working toward those goals.”

On Peters’ ability to score in key moments: “We always talk about not shying away from the moment. It’s very evident that Alec wants the ball in those moments. He’s not afraid to take those shots, and we rely on him to take and make those shots. It takes a team effort to get him the ball in those spots, and then he makes the right reads.”

On being surrounded by student body on court after the game: “It’s incredible. This is what college athletics does. It brings the university together, the community together. We’re really proud to play here. It’s a privilege to be a member of the university and represent the university in a basketball game of this caliber tonight.”

The Crusaders (7-1) have over a week away from competition until making the trip to Lexington, Ky. to take on the nation’s top-ranked team in Kentucky. The game can be seen live on the SEC Network, and as always, heard live on the Valpo Sports Network (WVUR, 95.1 FM, Valparaiso; WVLP, 103.1 FM, Valparaiso). Links for the live video, audio and stats will be available via ValpoAthletics.com.