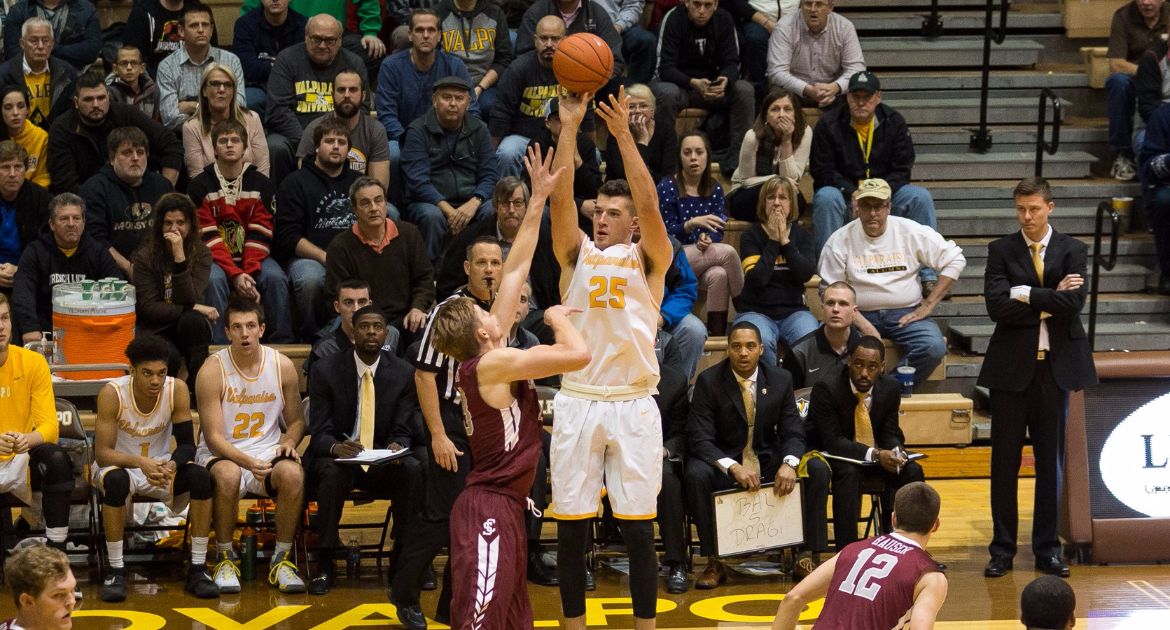 The Valparaiso University men’s basketball team suffered its first non-league home defeat in over two years Thursday night at the ARC, as the Crusaders fell to visiting Santa Clara in double overtime, 87-80.

The Crusaders (9-3) will return to the ARC following Christmas as they host Chicago State next Wednesday, Dec. 28 at 7 p.m. The game can be seen live on ESPN3, WatchESPN and the ESPN app, and heard live on the Valpo Sports Network (WVUR, 95.1 FM, Valparaiso; WVLP, 103.1 FM, Valparaiso). Links for the live coverage will be available via ValpoAthletics.com.