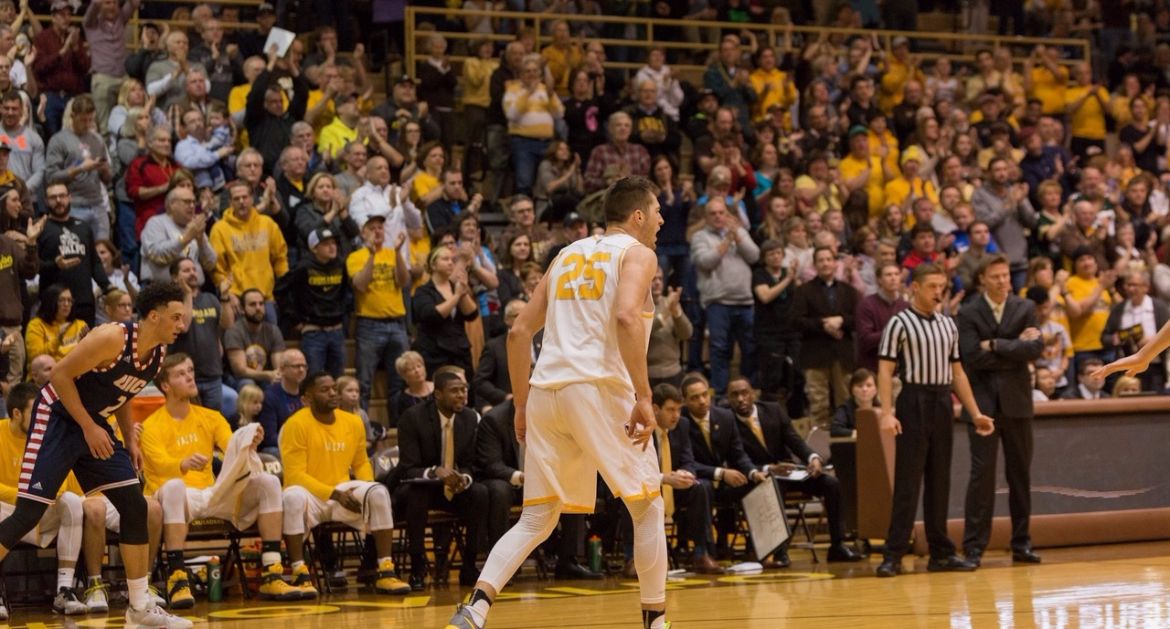 Valparaiso University senior Alec Peters (Washington, Ill./Washington) became the Crusaders’ career scoring leader with a basket 4:31 into Sunday afternoon’s game at the ARC against UIC, surpassing Bryce Drew’s record, and went on to finish with 30 points and 10 rebounds as Valpo rolled the Flames by a 96-65 final.

Peters entered Sunday with 2,136 career points, just six points shy of Drew’s record of 2,142 points, and wasted little time breaking the mark. The senior scored five points in the first three minutes, and then a little over a minute later, posted up on the left block and drop-stepped to the basket for a layup for the record-breaker.

The Crusaders (16-4, 6-1 Horizon) continue their four-game homestand next weekend as they host Wright State at the ARC Friday evening at 7 p.m. World-famous anthem singer Jim Cornelison will be singing the anthem prior to the game, while there will also be a special pregame ceremony honoring Peters for surpassing the career scoring and rebounding records. The game can be seen live on ESPN3, WatchESPN and the ESPN app, and as always, heard on the Valpo Sports Network (WVUR, 95.1 FM, Valparaiso; WVLP, 103.1 FM, Valparaiso). Links for the live coverage will be available via ValpoAthletics.com.