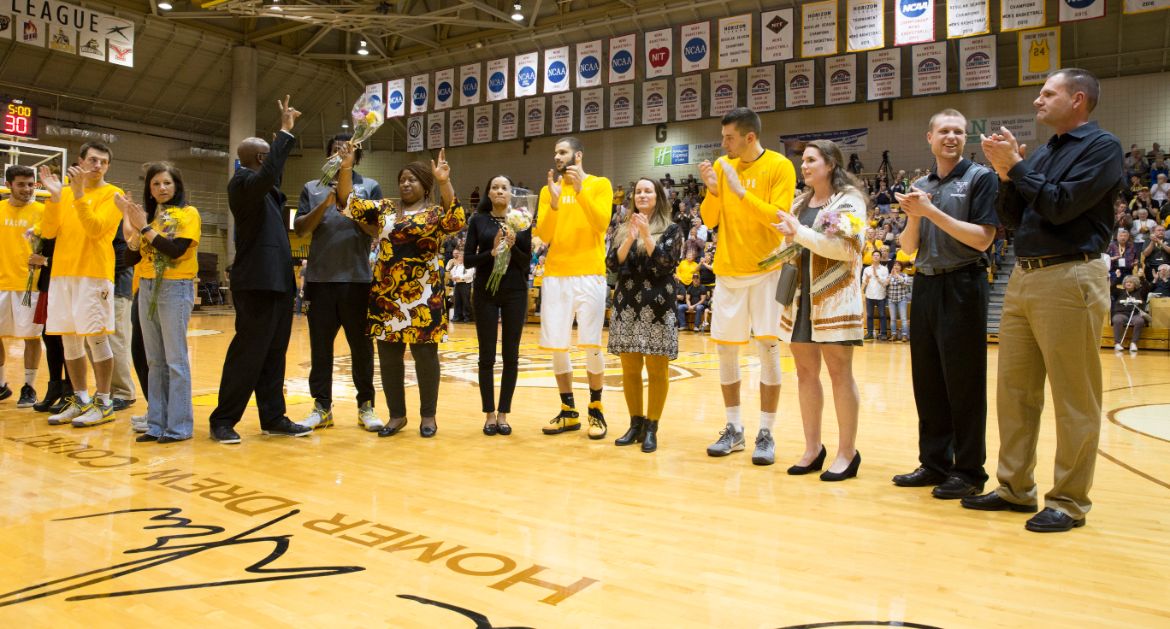 The Valparaiso University men’s basketball team came out on the right side of a hard-fought battle at the ARC Tuesday evening, earning a 67-61 victory over Milwaukee on Senior Night. The Crusaders’ five seniors were honored prior to the game and addressed the fans following the victory.

The Crusaders (23-6, 13-3 Horizon) look to secure at least a share of its fifth Horizon League title in the last six seasons on Friday night as they travel to Wright State for a 6:30 p.m. CT tipoff. As always, the game can be seen live on ESPN3, WatchESPN and the ESPN app, and heard live on the Valpo Sports Network (WVUR, 95.1 FM, Valparaiso; WVLP, 103.1 FM, Valparaiso). Links for the live coverage will be available via ValpoAthletics.com.