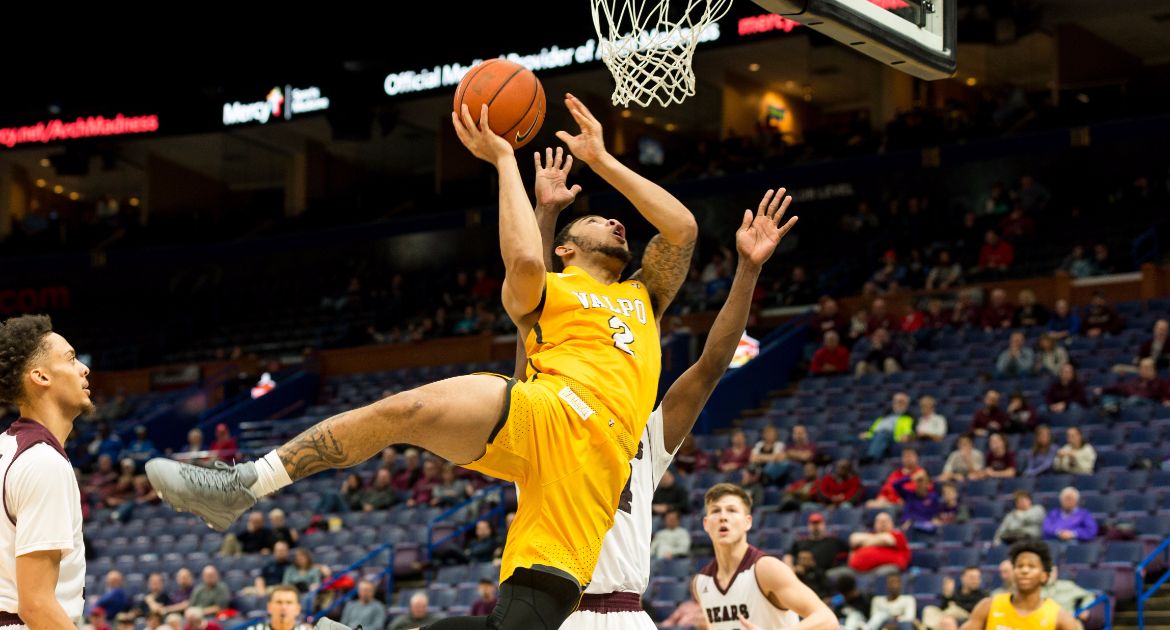 Tevonn Walker scored 22 of his game-high 25 points in the second half.
Valparaiso at Missouri State | March 01, 2018
Related Links
Related Links

Making its first appearance at Arch Madness, the Valparaiso University men’s basketball team battled back from a 14-point second-half deficit to make it a one-possession game with less than two minutes to play, but could not get over the hump, as the Crusaders fell in the first-round State Farm MVC Tournament matchup to Missouri State by an 83-79 final.