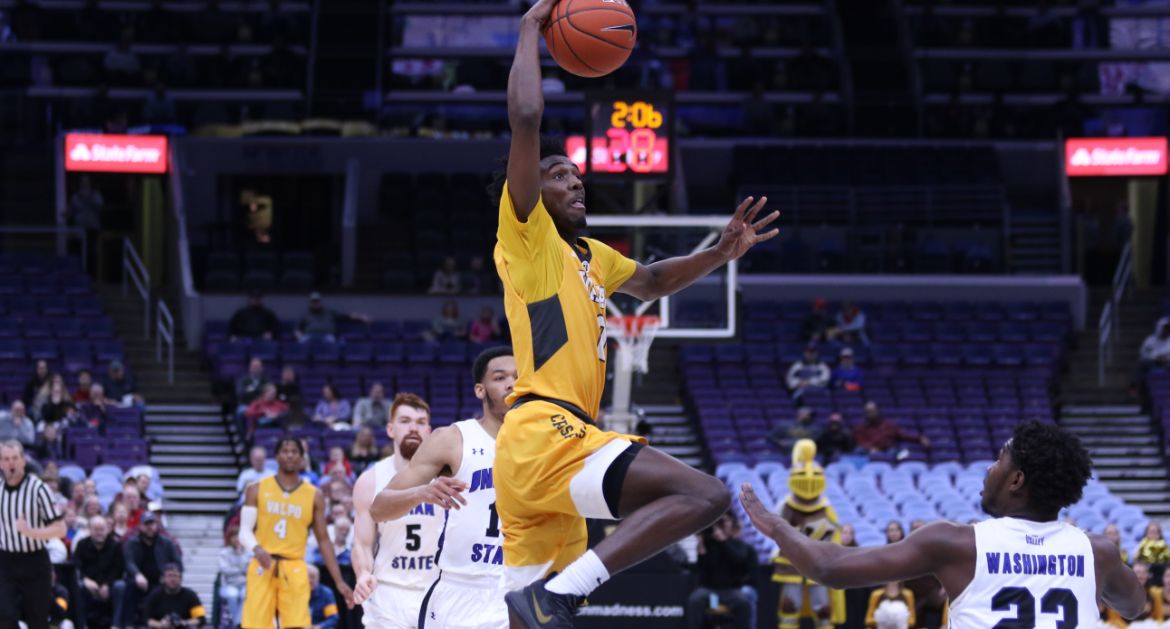 Javon Freeman flies in for a dunk for two of his 17 points Thursday.
Valparaiso at Indiana St. | March 07, 2019
Related Links
Related Links

The Valparaiso University men’s basketball team earned its first win in program history at the Missouri Valley Conference Tournament, turning a nine-point deficit with six minutes to play in the first half into a seven-point halftime lead en route to a 77-55 victory over Indiana State Thursday night in St. Louis. With the win, ninth-seeded Valpo advances to face top-seeded Loyola on Friday at noon.

Valpo (15-17) faces a quick turnaround, as it will take on top-seeded Loyola at noon in the first of four quarterfinals at Arch Madness on Friday. The game can be seen live on the MVC TV Network, including in the Valpo area on NBC Sports Chicago+, and online on ESPN+ outside the MVC viewing area.