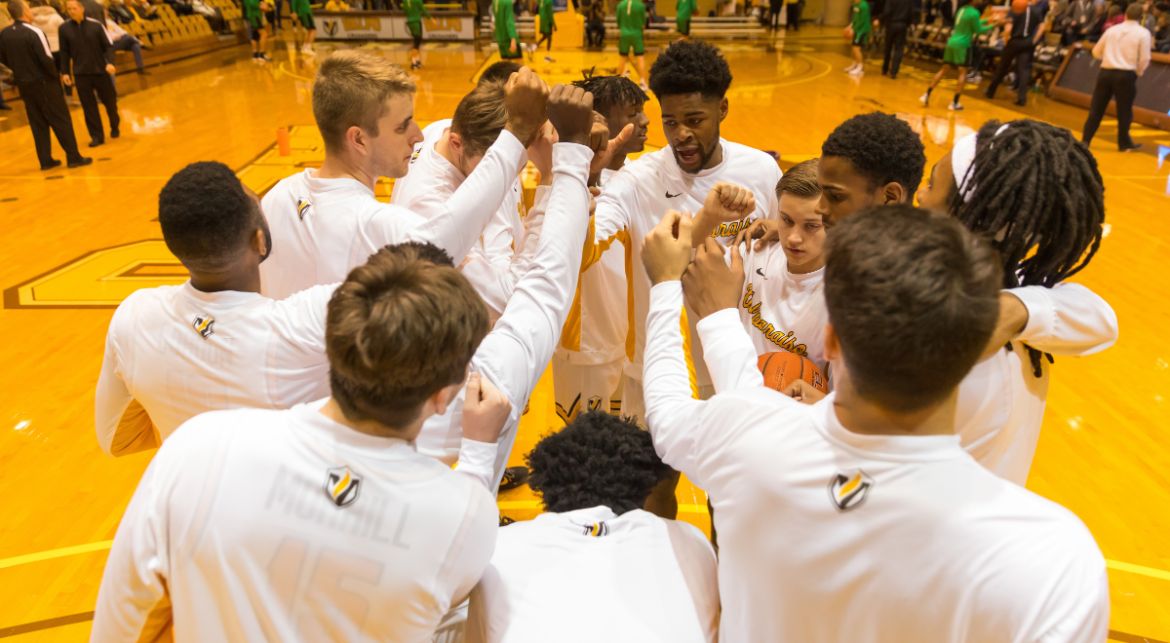 Next Up in Valpo Basketball: The Valparaiso University men’s basketball team will play its fourth and final game of the Paradise Jam multi-team event on Wednesday evening at the Athletics-Recreation Center. After playing the first three games of the MTE in the U.S. Virgin Islands, Valpo returns to the contiguous United States for a non-bracketed Paradise Jam game against Trinity Christian, the final contest before a few days off for Thanksgiving. This game counts as an exhibition for Trinity Christian but a regular season game for Valpo.

Last Time Out: Valpo trailed by 12 midway through the second half, but roared back to force overtime in an eventual 81-77 loss to Cincinnati. Javon Freeman-Liberty scored a career-high 32 points against a team that was picked third in the American Conference this season after reaching the NCAA Tournament a year ago. Valpo had a chance to beat the buzzer on the final possession of regulation, but a shot rimmed out. The team also had the last possession of overtime with a chance to tie down three, but the Bearcats defense didn’t allow a quality look.

Head Coach Matt Lottich: Matt Lottich (58-47) is in his seventh season overall at Valpo and fourth as head coach in 2019-20. Lottich led the team to 15 victories in his third season in charge in 2018-19, the program’s second campaign in the Missouri Valley Conference. In his first year as head coach (2016-17), Lottich guided Valpo to its fifth Horizon League regular season championship in a six-year span as he led the team to 24 wins and an at-large berth into the NIT. Lottich, hired as the 22nd head coach of the Valpo men’s basketball program in April 2016, graduated from Stanford University in 2004 and New Trier High School (Illinois) in 2000.

Series Notes: Valpo will face off with Trinity Christian for the fourth time, all in the last five seasons, with hopes of keeping the team’s perfect mark against the Trolls intact. Valpo won 83-46 in the most recent meeting on Nov. 13, 2017, but the Trolls gave Valpo a scare on Nov. 12, 2016 in an eventual 89-75 win for the Brown & Gold. That meeting, which was the second game of Matt Lottich’s head coaching tenure, required Valpo to erase a 16-point deficit.

A Hawkins Homecoming: Trinity Christian head coach Jason Hawkins played at Valpo for three seasons from 2000-2003. Valpo won regular season conference titles in each of those years, reaching the NCAA Tournament in 2002 and the NIT in 2003. He earned his undergraduate degree in history from Valpo in 2003. Current Valpo assistants Matt Bowen and Luke Gore were on staff during Hawkins’ playing career. Hawkins then joined the staff as the Director of Basketball Operations for the 2003-04 season. The Gary, Indiana native and Bishop Noll High School graduate later returned to Valpo as an assistant coach in 2006. Hawkins has a deep history of coaching in Northwest Indiana, as he has spent time as the Athletic Director at Lake Station and previously coached, taught and was an assistant athletic director at Marquette Catholic in Michigan City. He was the head men’s basketball coach at IU Northwest from 2011-2014 and the head coach at Calumet College of St. Joseph from 2004-2006. This will mark Hawkins’ first game against Valpo as the head coach at Trinity Christian, as he is now in his second season.