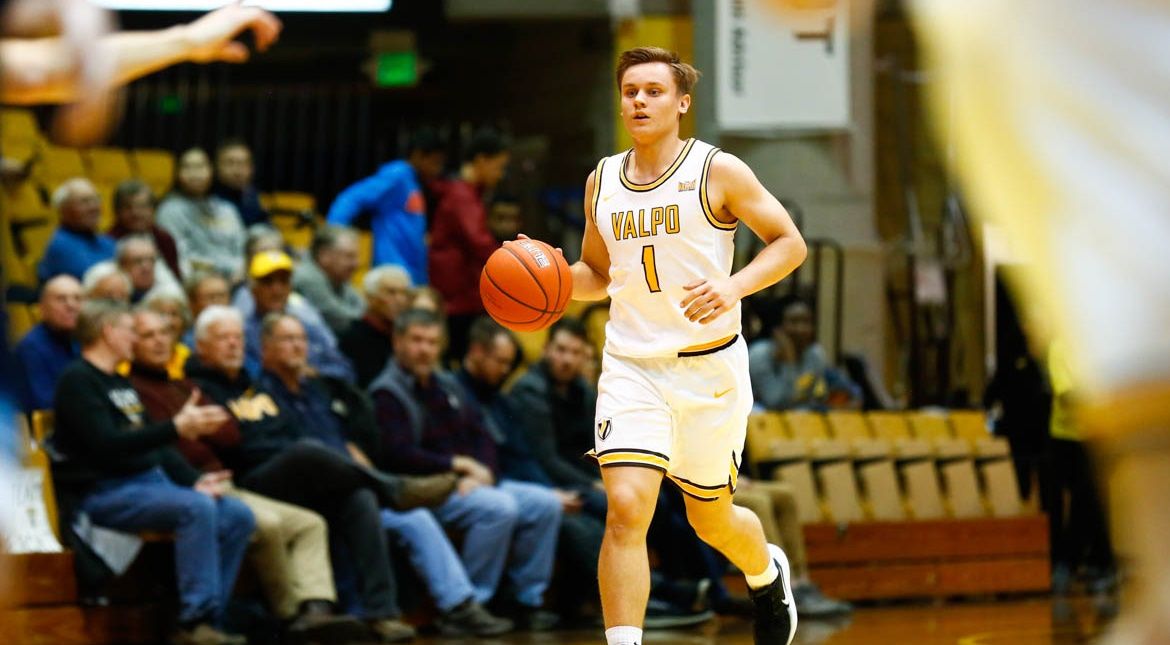 Next Up in Valpo Basketball: Following a few days off for the Thanksgiving holiday and a few days of practice, the Valparaiso University men’s basketball team will hit the road again on Monday in advance of Tuesday’s date with Eastern Michigan in Ypsilanti. After finishing the month of November with a winning record for the 10th consecutive season, Valpo will face the Eagles for the first time since 2010 to tip off the December slate.

Head Coach Matt Lottich: Matt Lottich (59-47) is in his seventh season overall at Valpo and fourth as head coach in 2019-20. Lottich led the team to 15 victories in his third season in charge in 2018-19, the program’s second campaign in the Missouri Valley Conference. In his first year as head coach (2016-17), Lottich guided Valpo to its fifth Horizon League regular season championship in a six-year span as he led the team to 24 wins and an at-large berth into the NIT. Lottich, hired as the 22nd head coach of the Valpo men’s basketball program in April 2016, graduated from Stanford University in 2004 and New Trier High School (Illinois) in 2000.

Series Notes: Valpo and Eastern Michigan have faced off just three times on the hardwood, with the Brown & Gold taking two of the first three. The last meeting occurred on a neutral floor as Valpo won 74-67 on Dec. 20, 2010 as part of the Lou Henson Award Tournament at Oakland University’s O’rena in Rochester, Mich. Valpo last made its way to Ypsilanti on Jan. 9, 1988, a 78-63 loss.

Quality Competition: Five of Valpo’s first seven games came against teams that qualified for postseason tournament in 2018-19. All three of Valpo’s losses have come against NCAA Tournament teams from a year ago and Valpo is 5-0 against all other opponents.

Handing Out Helpers: Valpo dished out 29 assists on 38 made baskets in Wednesday's 98-71 win over Trinity Christian. That was the team's highest assist total since also dishing out 29 on Nov. 12, 2010. The Valpo record for assists in a game is 36 on Nov. 28, 2005 vs. IU South Bend. Five Valpo players had four assists or more, led by Zion Morgan with a career-high five.

Hall Call: Legendary Valpo head coach Homer Drew was inducted into the National Collegiate Basketball Hall of Fame on Sunday, Nov. 24 in Kansas City. Drew was a fixture on the Valpo sidelines for more than two decades, leading the Brown & Gold to 371 victories and nine postseason appearances. Drew ended his career, which also included stints at Bethel (Ind.) and IU South Bend, with 640 career victories over 34 seasons, which ranked sixth among active Division-I coaches at the time of his retirement. The nine postseason appearances included seven trips to the NCAA Tournament, highlighted by Valpo’s run to the Sweet 16 in 1998. Valpo will honor Drew with a Hall of Fame banner raising prior to the Sunday, Dec. 8 game against Central Michigan.