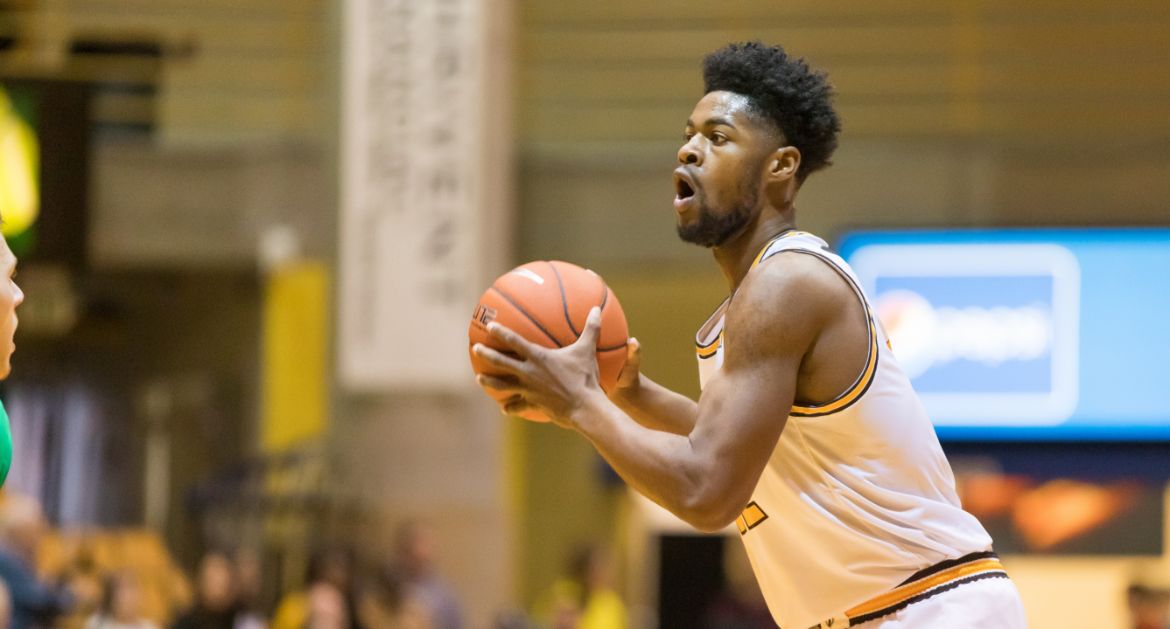 Next Up in Valpo Basketball: The third and final stop of an eight-day, three-city road trip will occur on Saturday evening in North Little Rock, Ark. as Valpo battles the Arkansas Razorbacks in a neutral-site contest to close out the nonconference slate. This will mark Valpo’s final game before breaking for the Christmas holiday and will be the final tune-up prior to the Missouri Valley Conference season, which begins on Monday, Dec. 30 vs. Loyola.

Last Time Out: Valpo faced a 42-39 halftime deficit on Wednesday night at High Point, but the Brown & Gold outscored the Panthers 48-30 after the break to pull away for an 87-72 win. Eron Gordon drilled six triples on his way to a career-high 20 points, while Daniel Sackey handed out a personal-best nine assists against no turnovers and Javon Freeman-Liberty led the team in scoring for the ninth time in the last 10 games with 22 points to go along with six rebounds and four assists. John Kiser was the team’s top rebounder with eight, equaling his season high. Valpo received great balance as seven players scored eight points or more.

Head Coach Matt Lottich: Matt Lottich (60-49) is in his seventh season overall at Valpo and fourth as head coach in 2019-20. Lottich led the team to 15 victories in his third season in charge in 2018-19, the program’s second campaign in the Missouri Valley Conference. In his first year as head coach (2016-17), Lottich guided Valpo to its fifth Horizon League regular season championship in a six-year span as he led the team to 24 wins and an at-large berth into the NIT. Lottich, hired as the 22nd head coach of the Valpo men’s basketball program in April 2016, graduated from Stanford University in 2004 and New Trier High School (Illinois) in 2000.

Series Notes: Valpo has played a variety of teams that call the great state of Arkansas home including Arkansas Agriculture, Arkansas State, Arkansas-Fort Smith, Arkansas-Little Rock, Arkansas-Monticello and Arkansas-Pine Bluff, but this will mark the first time Valpo has faced off with the Razorbacks. The last time Valpo played a game in “The Natural State” was Jan. 24, 1980, an 82-73 loss at Arkansas-Little Rock. Valpo has played an SEC foe as recently as last season, falling 71-49 to Texas A&M on Dec. 19 in College Station, Texas. Valpo is 4-13 all-time against current members of the SEC with the most recent win coming three years ago against Alabama and the most noteworthy win coming over Ole Miss in the first round of the 1998 NCAA Tournament behind Bryce Drew’s buzzer-beater.

Winning Ways: Thanks to the Dec. 18 win at High Point, Valpo has locked up a winning record during the nonconference portion of the schedule for the 10th consecutive season. The last time Valpo entered the conference slate with a sub-.500 mark was 2009-10, when Valpo went 5-7 prior to the start of Horizon League action.

Gordon Going Off: Redshirt junior Eron Gordon had the first 20-point output of his career on Dec. 18 at High Point, going 7-of-9 from the field and 6-of-8 from 3-point distance in the process. He became just the sixth Missouri Valley Conference player to net six treys in a single game this season and the first Valpo player with more than four in a contest in 2019-20. Ryan Fazekas was the most recent Valpo player to knock down six 3s in a game, as he did so on Jan. 5, 2019 at Missouri State. Gordon has scored seven points or more in five of his last six after scoring five or fewer in each of the first six games of the season. He has been in double figures in three of his last five games, averaging 10.2 points per game during that stretch. Over the last six games, Gordon is 12-of-18 from beyond the arc for 66.7 percent.

Nonconference Closers: Valpo owns a 2-1 record under Matt Lottich in the final game of the nonconference slate. Valpo has split its last 10 nonconference finales right down the middle.

An Eye on the Record Book: Valpo sophomore Javon Freeman-Liberty finished his freshman season with 60 steals, the third most in program history and the most by a rookie. This year, he has 28 steals with 12 games played and a minimum of 20 games remaining on the schedule, putting him well on pace to shatter Lubos Barton’s school record of 63 established in 2001-02. For comparison, Freeman-Liberty had 20 steals through 12 games last season.

Notching Nine: Valpo senior John Kiser is still seeking his first double-figure scoring output, but he hit his career high of nine points for the fifth time (fourth this season) on Dec. 16 at Charlotte. His points came on an efficient 4-of-6 shooting, while he also squeezed seven rebounds to lead the team. Kiser followed that with a team-high eight rebounds on Dec. 18 at High Point, marking the fifth time he’s served as the team leader or co-leader in rebounds this year, the most on the team. The eight boards matched a season high that he achieved in each of the first two games of the year. Kiser has seven or more rebounds five times in 2019-20.

A Big Day for Clay: Freshman Donovan Clay was a bright spot in Valpo’s 67-57 defeat at Charlotte on Dec. 16. The rookie finished in double figures for the fourth consecutive game with 11 points to go along with six rebounds and four assists. He knocked down three 3-pointers, the first game in his career with multiple made triples. He also had his first career multi-block outing by swatting a pair of shots and equaled his watermark in the assist area with his third four-helper outing. Clay followed that showing with his fifth straight double-figure scoring output in the Dec. 18 win at High Point, posting 10 points on 4-of-7 shooting. For the second consecutive game, he had multiple blocks and made triples, this time with two of each.

Block Party: Valpo has swatted five or more shots in each of the last two games, including a season-high six on Dec. 18 at High Point. This marks the first time Valpo has had five or more blocked shots in three straight games since the final three games of the 2015-16 season, all NIT contests.

Bucking the Trends: Holding opponents under 80 points had been a recipe for success for Valpo through the first 10 games of the season, as the team held a 6-0 record when keeping opponents under 80 and an 0-4 mark when opponents exceeded that precipice. However, Valpo limited Charlotte to 67 points and fell by 10 on Dec. 16, the team’s first loss all year when opponents didn’t hit 80. Valpo entered the evening owning a 5-0 record when winning the rebounding battle, but that trend also came to an end as Valpo lost the game despite a slim 29-28 edge on the boards.

10-Game Check Point: Thanks to Valpo’s home win over Central Michigan on Dec. 8, the team held a 6-4 mark through 10 games. That marks the 10th consecutive season Valpo has held a winning record through 10 games, sustaining the program’s tradition of strong starts.

Home Sweet Home: Valpo upped its home record to 4-0 with the Dec. 8 triumph over Central Michigan. The home success now includes two victories over Mid-American Conference teams that qualified for postseason tournaments a year ago in Toledo and Central Michigan. The team has sustained a long-standing tradition of ARC dominance, as Valpo is off to a 4-0 home start for the fourth time in five years. Valpo is 304-71 (.811) at the ARC over the last 24 years and hasn't had a losing record at home since 1991-1992.

Comeback Kids: Although Valpo would love to avoid facing double-figure first-half deficits altogether, the team has showed a knack for erasing large margins this year.