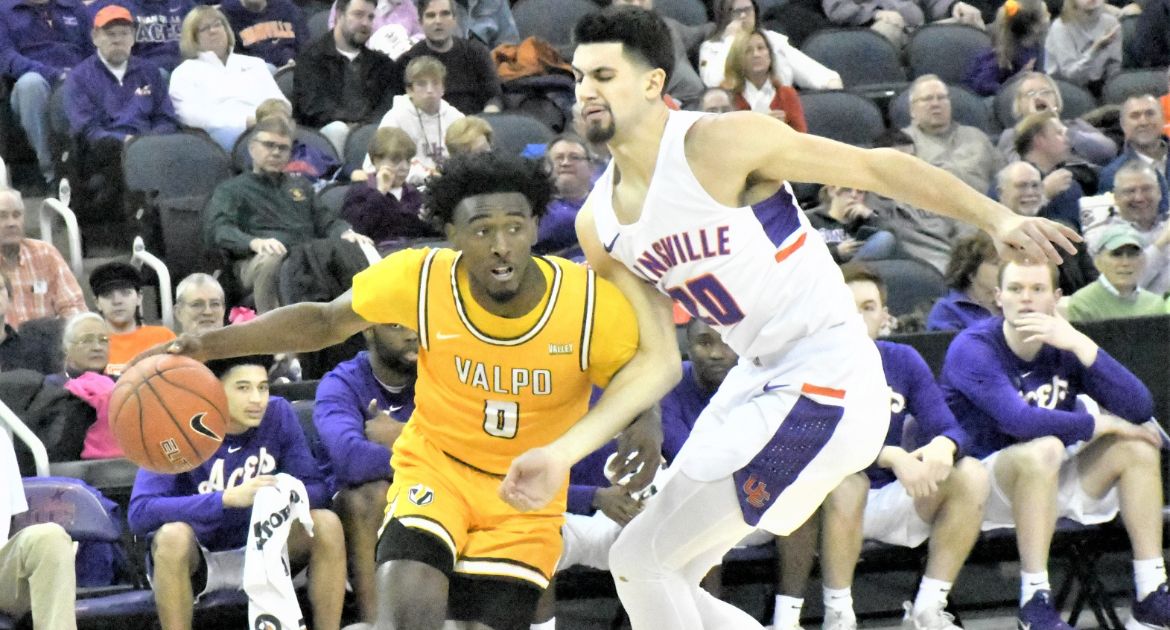 Javon Freeman-Liberty scored 20 points or more for the ninth time in the first 15 games of the season with 25 on Saturday. (Robert Augsdorfer/The Messenger)
Valparaiso at Evansville | January 04, 2020

The Valparaiso University men’s basketball team accomplished a feat that the program hadn’t reached in the lifetime of any current player or coach on Saturday night at the Ford Center – winning a road game against the Evansville Purple Aces.

A city that’s been unkind to the Brown & Gold down through the years played host to an 81-79 overtime victory for Valpo, snapping the team’s 22-game skid at Evansville. Javon Freeman-Liberty (Chicago, Ill. / Whitney Young) finished with 25 points after a second-half surge, helping his team come from eight points down with just 3:54 remaining. The victory didn’t come easy against a talented team whose resume includes a glowing victory at No. 1 Kentucky earlier in the season.

Valpo (8-7, 1-1) will make its way to Carbondale on Saturday in advance of Tuesday’s date with the Southern Illinois Salukis. The contest tips off at 7 p.m. and will be carried on ESPN+.