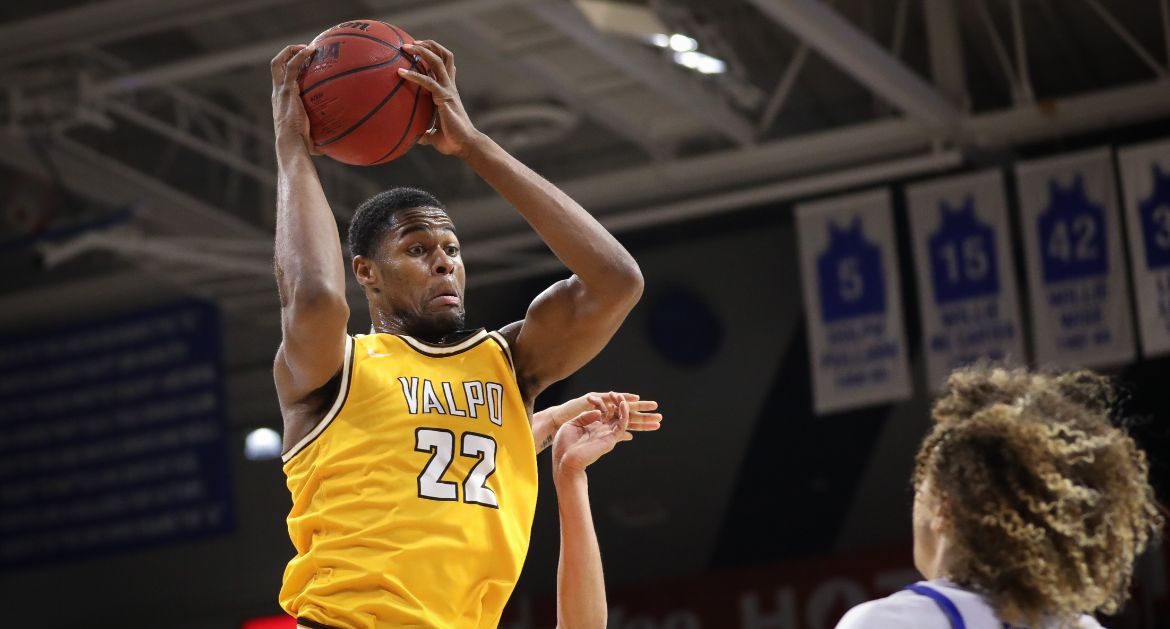 Mileek McMillan had a career-high 20 points on Wednesday.
Valparaiso at Drake | February 19, 2020

This Valparaiso University men’s basketball game was similar to the last one in every way but the ending.

On the heels of coming from 17 down to beat Illinois State for the team’s largest comeback in seven years, Valpo roared from 19 back to send Wednesday’s game into overtime in an eventual 77-75 defeat to host Drake at the Knapp Center in Des Moines, Iowa.

Sophomore Javon Freeman-Liberty (Chicago, Ill. / Whitney Young) carved a slice of program history as his first steal of the night was his 64th of the season, surpassing Lubos Barton’s mark from the 2000-01 campaign that had stood as the Valpo single-season record for nearly two decades.

Valpo (14-14, 7-8) will attempt to bounce back on Saturday as Bradley comes to town for Hall of Fame Night at the Athletics-Recreation Center. The game will tip shortly after 7 p.m. and will be broadcast on ESPN+. Links to live video, audio and stats will be available.