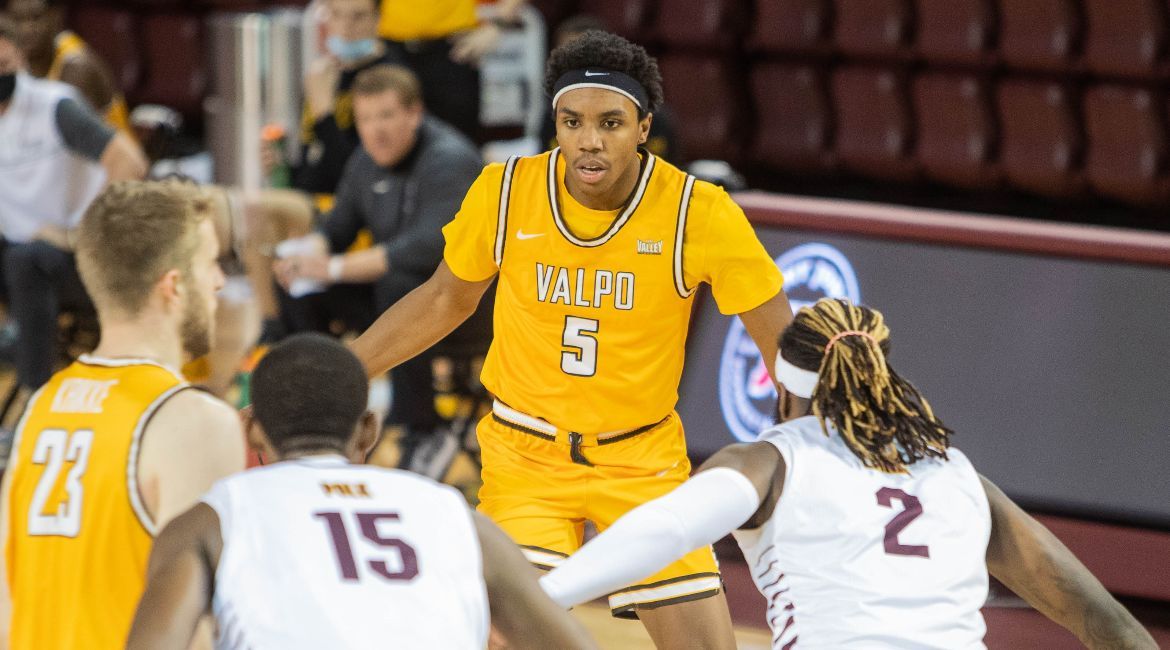 Donovan Clay finished with a season-high 20 points to pace Valpo on Saturday.

The Valparaiso University men’s basketball team played well in the second half, but a 14-point halftime deficit proved to be too much to overcome as host Central Michigan held on for an 84-79 win on Saturday afternoon in Mount Pleasant, Mich. Sophomore Donovan Clay (Alton, Ill. / Alton) had his best game of the season and one of his most productive days in a Valpo uniform, posting 20 points on 8-of-13 shooting to go along with five rebounds, three assists, a block and a steal.

Valpo (2-4) was slated to take on Eastern Michigan on Wednesday night, but that game has been postponed until the 2021-22 season. Valpo is working on finalizing a home game against a replacement opponent for this coming week. Check back to ValpoAthletics.com for the latest schedule information.