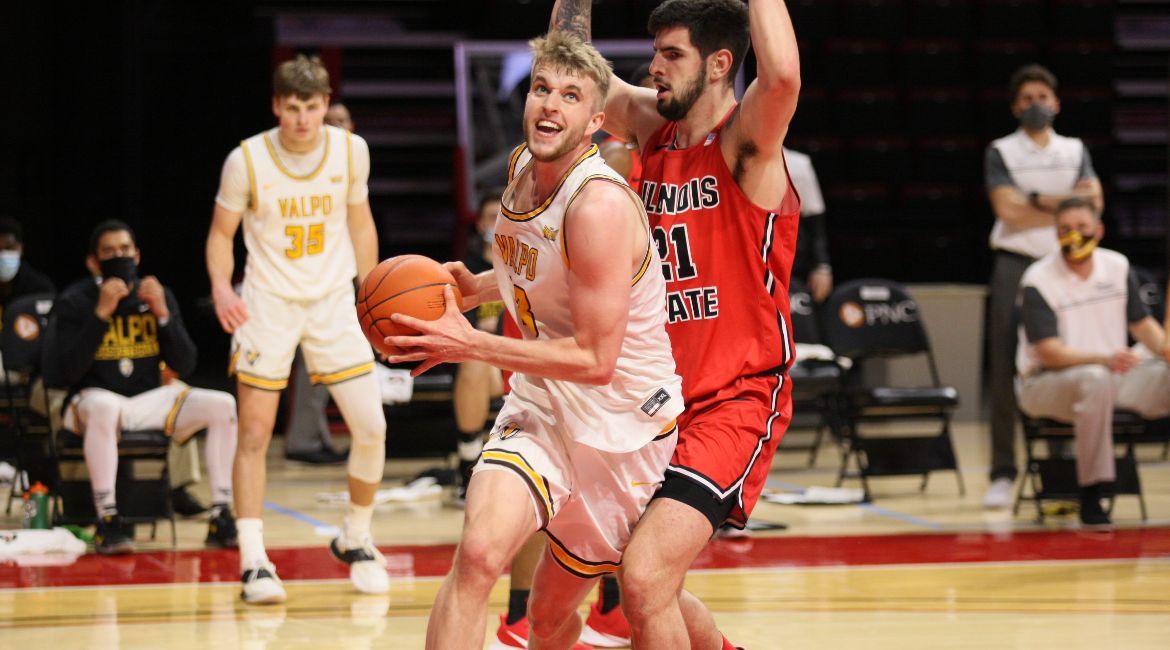 A day after being held to a season-low four points while battling foul trouble, sophomore Ben Krikke (Edmonton, Alberta, Canada / Jasper Place) joined elite company in program lore on Sunday, putting together a 25-point, 15-rebound game to lift the Valparaiso University men’s basketball team to a 70-66 victory over host Illinois State. Valpo fended off a Redbird rally after leading by as many as 16, securing a Missouri Valley Conference sweep this weekend at Redbird Arena in Normal, Ill.

Valpo (5-9, 2-3) will continue a busy slate, turning around to prepare for a midweek battle with Bradley, which tips off at 6 p.m. on Thursday night at the Athletics-Recreation Center. The 2020 MVC title game rematch will be broadcast on ESPN3 or ESPN+ via The Valley on ESPN exclusive with Jordan Bernfield and David Kaplan on the call. Todd Ickow and Garrett Willis will have the radio call on 95.1 FM Valparaiso and the TuneIn Radio app. Links to live video, audio and stats will be available on ValpoAthletics.com.