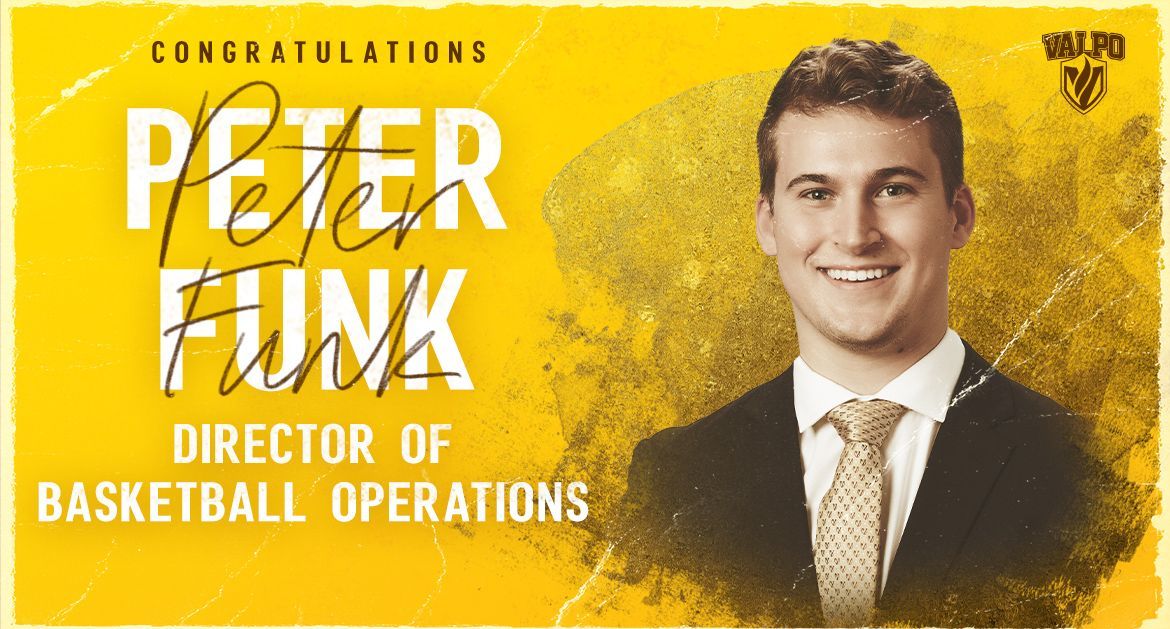 The Valparaiso University men’s basketball program has announced the promotion of Peter Funk to a full-time role as Funk will serve as the team’s Director of Basketball Operations.

Funk spent the last two seasons as a graduate assistant on Valpo’s staff and was one of 22 individuals nationally who were named to the TopConnect Graduate Assistant Leadership Academy in December 2020.

“I feel very blessed and thankful for the opportunity,” Funk said. “Valpo is my home; I love everything about this place. I can’t even put into words how much it means to be able to stay, have an expanded role and give back more to the program.”

“Peter is a young man who has taken a lot of pride in the program since the day he stepped foot on campus as a manager his freshman year,” Valpo head coach Matt Lottich said. “He’s very talented and gets a lot of jobs done. He doesn’t need to talk about it, he just does it. As he transitioned into more of a coaching role as a graduate assistant, it became evident that he could be a superstar in this business. Our players like him, and our coaches appreciate how much he takes off their plates. We’re thankful and excited to have him on staff.”

“I’ve made so many meaningful relationships at Valpo,” Funk said. “My faith is a big part of my life and faith is a big part of our University. Being a Christian at Valpo makes this a really good fit. I have developed a strong relationship with Coach Lottich and I love working for him. He’s done a lot for me and our entire coaching staff has done a lot for me. I’m excited to keep working with them as we try to do something really special here at Valpo.”