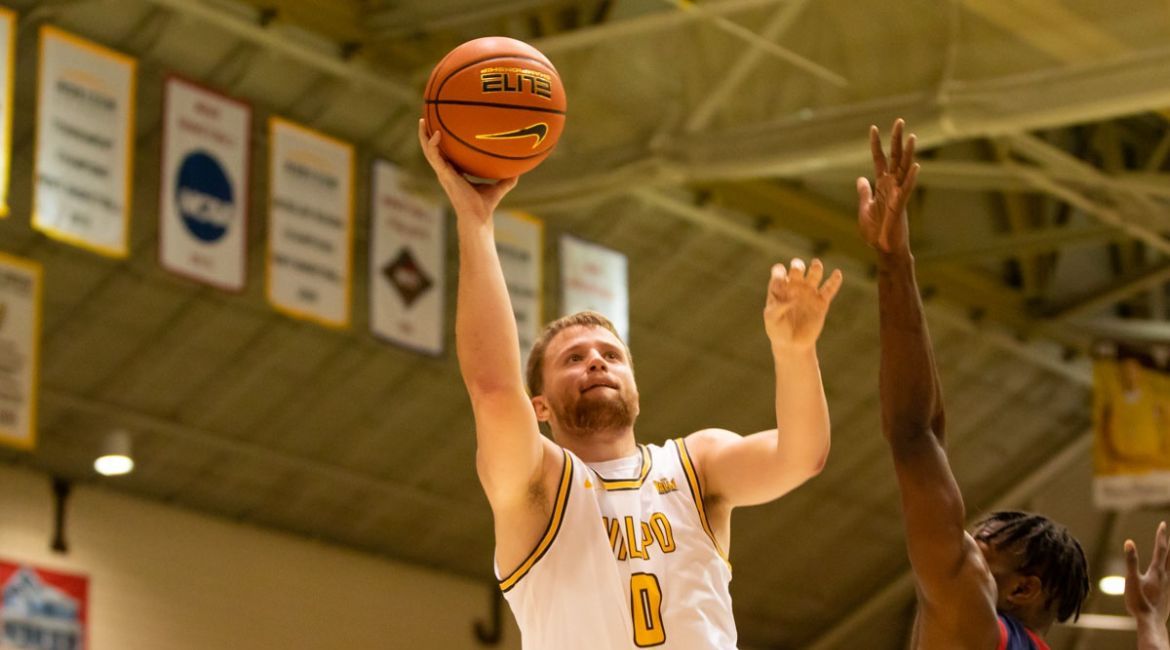 Thomas Kithier had a double-double of 28 points and 11 rebounds on Saturday.
UIC at Valparaiso | November 13, 2021
Related Links
Related Links

The Valparaiso University men’s basketball team outscored UIC 30-25 in the second half to force overtime, but the visiting Flames got the better of the extra session for a 74-70 win on Saturday afternoon at the Athletics-Recreation Center. Thomas Kithier (Macomb, Mich. / Clarkston [Michigan State]) provided the biggest bright spot, going off for a 28-point, 11-rebound double-double on an efficient 11-of-16 shooting. The game featured 10 ties and nine lead changes.

Valpo (0-2) will visit head coach Matt Lottich’s alma mater next week for a 7:30 p.m. CT tip off at Stanford on Wednesday. The game will be televised nationally on PAC-12 Network.