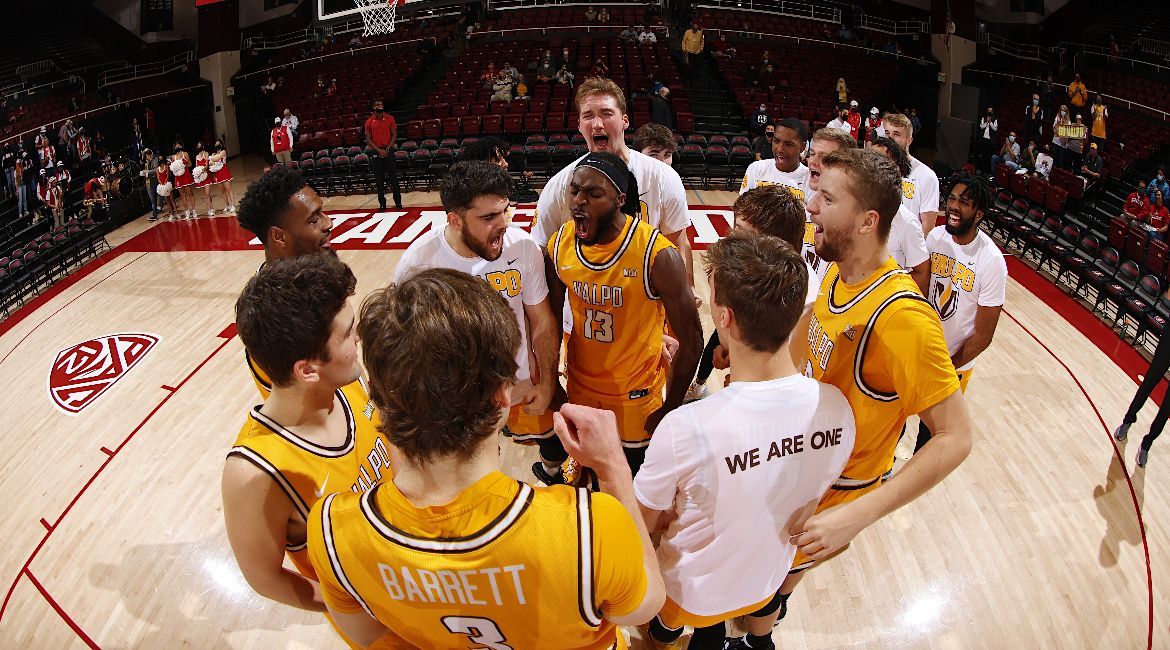 Next Up in Valpo Basketball: The Valparaiso University men’s basketball team will head to Nassau, The Bahamas to play two to three games as part of a seven-team event this week. The Beacons will battle Jacksonville State on Monday evening in their first game in the bracket. The field also features Toledo, Charlotte, Drexel, Tulane and Coastal Carolina. Note that there was a late schedule change due to Abilene Christian announcing that its program will not be able to participate in the event.

Last Time Out: Valpo fell behind 12-1 early and couldn’t climb out of the hole despite outscoring Stanford in the second half of a 74-60 road setback on Thursday. Trevor Anderson enjoyed his first collegiate double-double with a game-high 18 points to go along with a career-high 10 rebounds. Sheldon Edwards had 11 points, while Thomas Kithier added nine on 4-of-6 shooting and Trey Woodyard swiped three steals.

Head Coach Matt Lottich: Matt Lottich (83-81) is in his ninth season overall at Valparaiso University and sixth as the head coach of the men’s basketball program in 2021-2022. The 2020-2021 season saw Valpo improve its Arch Madness seeding for the fourth straight year as the program continued to make positive strides in each season as a Missouri Valley Conference member. The team earned a first-round bye in the State Farm MVC Tournament for the first time since joining the prestigious league. Valpo upset previously-undefeated Drake, the nation’s No. 25 team, 74-57 on Feb. 7, 2021 at the ARC, the fourth win over an AP Top 25 team in program history and second under Lottich. The Bulldogs were one of three undefeated teams in the nation prior to that setback, joining Gonzaga and Baylor. Just two years removed from finishing in last place and being knocked out in the first round of the Missouri Valley Conference Tournament as a first-year Valley member, Lottich’s team did more than hold its own in 2019-2020, ascending into a tie for sixth in the league standings before finishing as the conference tournament runner-up. Valpo became the first team in the history of Arch Madness to reach the title game after playing in the opening round. Lottich, hired as the 22nd head coach of the Valpo men’s basketball program in April 2016, graduated from Stanford University in 2004 and New Trier High School (Illinois) in 2000.

MTE History: Valpo put together a 17-game winning streak in games that were part of multi-team events from 2013-2018. Valpo is 20-4 in its last 24 games that were part of MTEs. The squad did drop two of its three games in the U.S. Virgin Islands as part of the Paradise Jam in 2019, but still had a solid showing by earning a victory over Grand Canyon and taking Cincinnati to overtime. Valpo won the 2014 Challenge in the Music City championship, posted a perfect record at the Beaver Showcase in 2015 and claimed the MGM Grand Main Event Heavyweight Division championship belt in 2016. The team shared the 2017 Savannah Invitational title with Loyola. Valpo’s MTE resume since 2014 includes wins over Murray State (2014), Iona (2015), Oregon State (2015), Alabama (2016) and BYU (2016).