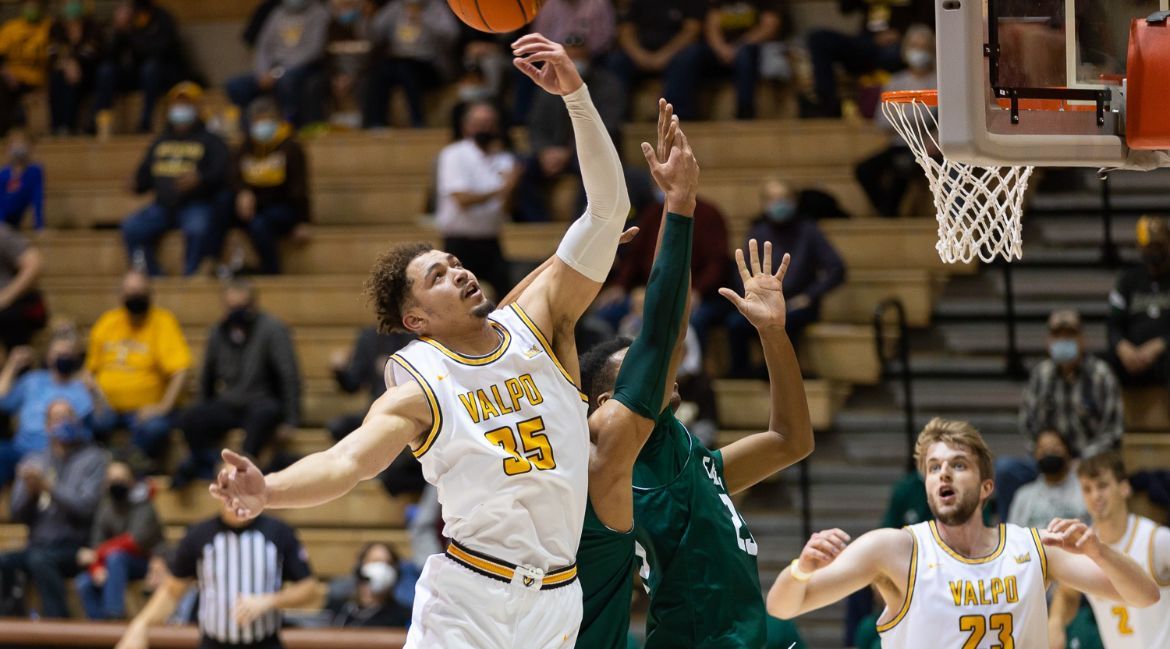 Next Up in Valpo Basketball: The Valparaiso University men’s basketball team will return home on Saturday night to welcome a Southern Illinois squad that will swing into action for the first time since Dec. 28 after having its last two games postponed. The Beacons will attempt to sustain their recent home success as they’ve won three straight home contests and five of their last six. Please note that all spectators, media members and event staff personnel are required to wear a mask at all home Valpo athletic events until further notice. Click here for game scorecard.

Last Time Out: UNI got 20 points from Noah Carter and 17 from Trae Berhow on its way to a 92-65 victory over Valpo on Wednesday night at the McLeod Center in Cedar Falls, Iowa. The Beacons were led by 17 points from Kevion Taylor, while Kobe King (14) and Ben Krikke (10) also finished in double figures. Valpo improved a 35 percent shooting clip in the opening half to 50 percent over the final 20 minutes, but the Panthers shot nearly 60 percent for the game and outscored the guests 48-14 in the paint.

Head Coach Matt Lottich: Matt Lottich (91-85) is in his ninth season overall at Valparaiso University and sixth as the head coach of the men’s basketball program in 2021-2022. The 2020-2021 season saw Valpo improve its Arch Madness seeding for the fourth straight year as the program continued to make positive strides in each season as a Missouri Valley Conference member. The team earned a first-round bye in the State Farm MVC Tournament for the first time since joining the prestigious league. Valpo upset previously-undefeated Drake, the nation’s No. 25 team, 74-57 on Feb. 7, 2021 at the ARC, the fourth win over an AP Top 25 team in program history and second under Lottich. The Bulldogs were one of three undefeated teams in the nation prior to that setback, joining Gonzaga and Baylor. Just two years removed from finishing in last place and being knocked out in the first round of the Missouri Valley Conference Tournament as a first-year Valley member, Lottich’s team did more than hold its own in 2019-2020, ascending into a tie for sixth in the league standings before finishing as the conference tournament runner-up. Valpo became the first team in the history of Arch Madness to reach the title game after playing in the opening round. Lottich, hired as the 22nd head coach of the Valpo men’s basketball program in April 2016, graduated from Stanford University in 2004 and New Trier High School (Illinois) in 2000.

Series Notes: Valpo holds a 7-5 advantage over Southern Illinois in a series that dates back to 1928. The two teams split a pair of down-to-the-wire affairs last season in Carbondale with the Beacons picking up a 66-65 victory on Feb. 21 before SIU returned the favor with a 67-64 triumph the following day. Valpo is 5-3 against the Salukis since joining The Valley and the two teams have split the season series in three of the four campaigns. Valpo is a perfect 3-0 at home against Southern Illinois during the MVC Era. Prior to Valpo joining The Valley, the two teams hadn’t met since 1980. SIU’s most recent visit to the ARC was Feb. 12, 2020, when Valpo prevailed 55-38, setting a program record for fewest points allowed to a Division-I team since the advent of the shot clock in 1985-86.

Avoiding Whistles: Valpo has been called for just 13.0 fouls per game this season, the fifth fewest nationally. A pair of Valpo opponents from earlier in the season also rank among the national leaders in that area – Charlotte (t-1st, 12.8) and UNI (fourth, 12.9). Only two Valpo players have fouled out of a game this season (Kithier and Krikke once each).

Success at the Stripe