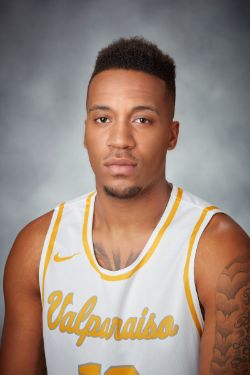 2016-17: Sat out season due to NCAA transfer regulations ... retained two seasons of eligibility.

2015-16 (Oklahoma State): Saw action in 30 games off the bench as a sophomore for the Cowboys ... averaged 4.7 points and 1.4 rebounds per game ... shot 39.7% from 3-point range, fifth-best by a sophomore in program history ... scored in double figures four times, including a career-best 16 points versus West Virginia ... scored 13 points against Kansas State at the Big 12 Championship.

Prep: Played for the Atascocita Eagles ... finalist for Guy V. Lewis Award as a senior, presented annually to the top player in the Houston area ... an All-State Class 5A selection as a senior ... appeared in the "Battle for the Gulf" All-Star Game for Team Texas and was a member of the Blue team for the 2014 TABC All-Star Game ... an All-Greater Houston First Team choice as a senior ... named district MVP after leading squad to a district championship ... helped team to regional final ... averaged 22.5 points and 7.8 rebounds per game senior year.

Personal: Son of Patrick and Denise Burton ... major is communication.