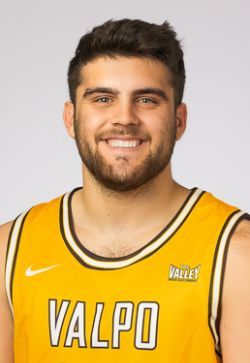 2021-22: Saw action in four games, totaling 13 minutes... Scored his first collegiate point on Nov. 27, making a free-throw vs. Trinity Christian... Made his first collegiate basket on Dec. 7 vs. East West... Also played on Dec. 22 vs. William & Mary and March 3 in the MVC Tournament opener vs. Evansville.