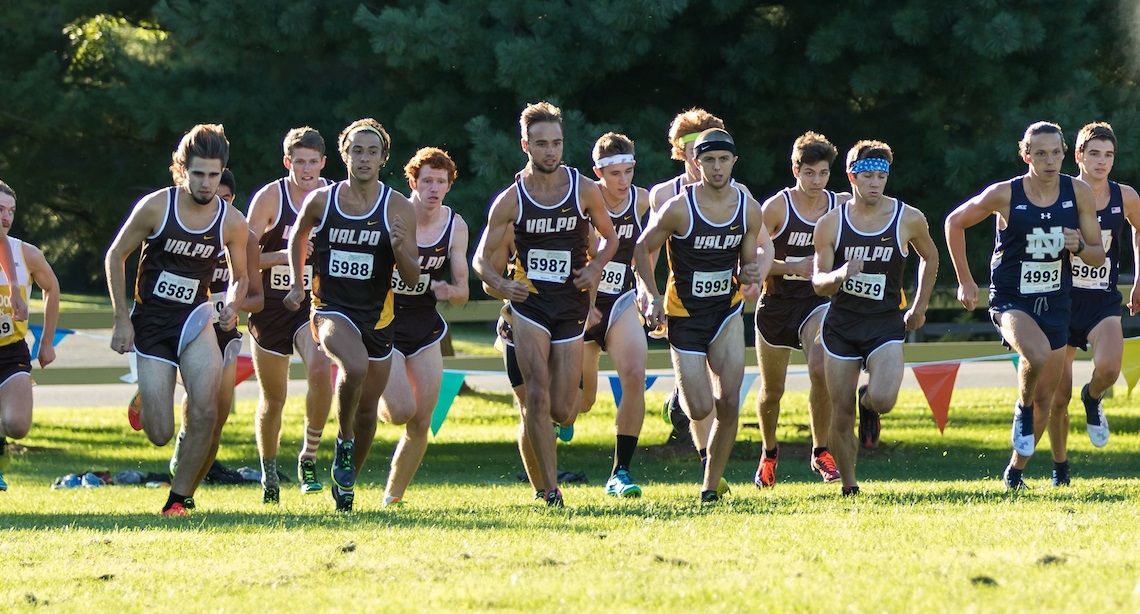 The Valparaiso University men’s and women’s cross country teams have been named U.S. Track & Field and Cross Country Coaches Association (USTFCCCA) All-Academic Teams for their success this past season in the classroom.

In order to be selected for this recognition, teams need a cumulative grade-point average of at least 3.0 on a 4.0 scale. The Crusader men’s squad garnered a team GPA of 3.31, while the women recorded an impressive 3.45.

Along with this award, both teams placed several student-athletes on the 2016 Fall Horizon League Academic Honor Roll. Eight Crusader men were named to the honor roll, led by senior Adam Bruno (Bloomington, Ill./University), who owns a 3.93 cumulative GPA as a history and secondary education major. On the women’s side, five Crusaders were honored, with sophomore Emma Chelsvig (Jacksonville, Ill./Jacksonville) posting the team’s top GPA with a 3.98 as a geography major.

To be eligible for the Horizon League Honor Roll, student-athletes must participant in one of the league’s 19 sports during the most recent or current season, complete three semesters as a full-time student as the same institution and lastly, a cumulative GPA of at least 3.20 on a 4.0 scale.