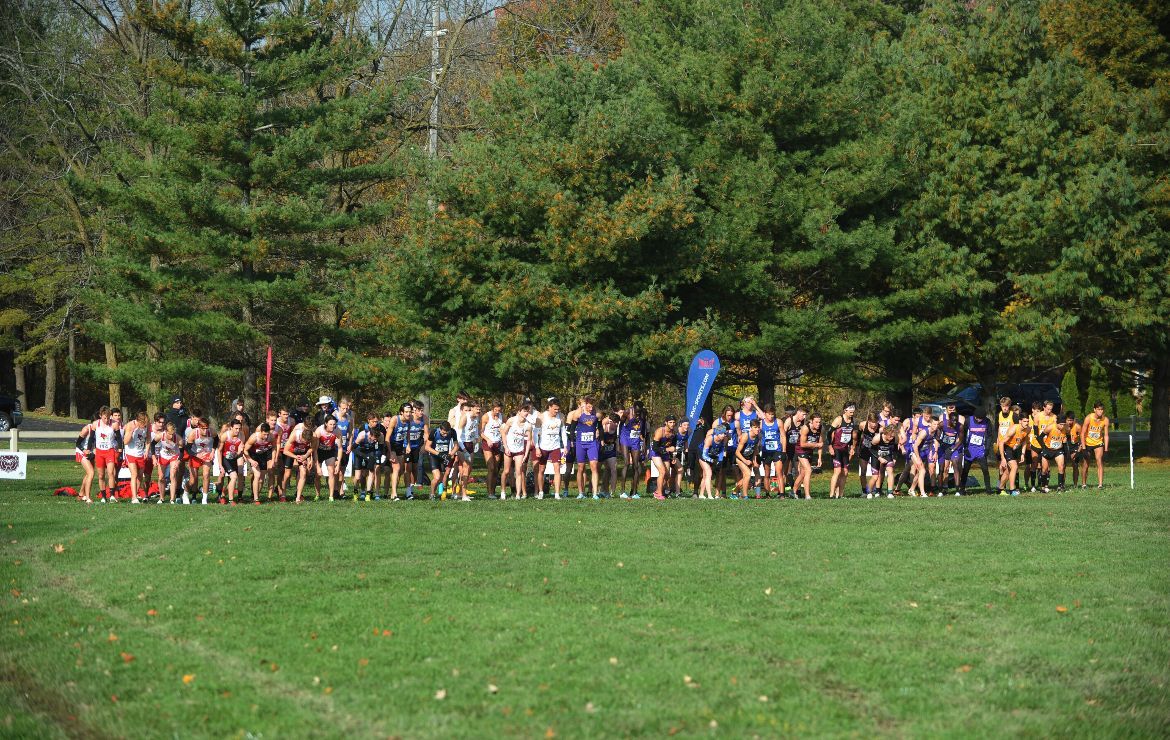 Valparaiso University head cross country coach Mike Straubel announced 10 additions to his program on Wednesday as five newcomers will join the men’s team and five others have signed with the women’s squad for the 2020 cross country season.

The new group on the women’s side has a local flavor with three of the signees hailing from Northwest Indiana – Grace Aurand (Highland, Ind. / Highland), Kaitlynn Leady (Chesterton, Ind. / Chesterton) and Alexis Thaxton (Portage, Ind. / South Newton). The Region trio will be joined in the women’s incoming freshman class by Joely Overstreet (Genoa, Ill. / Genoa-Kingston) and Ellie Roeglin (Delafield, Wis. / Lake County Lutheran), who is set to become a third-generation Valpo student.

Aurand was a state qualifier, team MVP and first-team all-conference selection during her time running cross country for the Highland Trojans. She was also a team MVP in track & field, qualifying for state and establishing a school record in the 4x800 while winning a sectional crown in the 800. Aurand earned first team academic all-state in both cross country and track & field.

Thaxton was an individual regional qualifier and team MVP during her prep days while placing third in the Midwest Conference and running varsity for three years. A scholar-athlete, National Honor Society member and honor roll student, Thaxton plans to major in exercise science and minor in biology at Valpo. She is actively involved with volunteer work at her church.

Roeglin ran four seasons for the Lake Country Lutheran Lightning and was a four-time varsity letter winner. She was twice named team MVP, twice earned first team all-conference and helped her team qualify for the 2016 state championship. A two-time conference champion in cross country, Roeglin is her school’s freshman and sophomore recordholder. She ran track for three seasons for the Lightning and was a sectional qualifier and team MVP in each of those seasons. She was a first and second team all-conference medalist and two-time second team conference champion. Roeglin holds school records in the 1600 and 800 and was part of the record-setting 4x400 relay team.

Outside of running, Roeglin is a third-degree blackbelt in taekwondo, enjoys playing piano and was a three-time Student Council representative while serving in National Honor Society. Both of Roeglin’s parents and grandparents are Valpo graduates, and Roeglin plans to pursue a degree in psychology with minors in neuroscience and pre-med as part of Christ College, the school’s honors college. Roeglin graduated as the valedictorian of her class.

Curran ran three years of varsity cross country and served as a team captain at Plainfield North. He was on the freshman baseball team but decided to run track instead beginning with his sophomore season. He also played 10 years of travel baseball and wrestled for five years. He was a member of the President’s Education Awards Program and enjoys exploring state parks. Curran plans to major in electrical engineering at Valpo.

D’Arcangelo is a member of National Honor Society and the principal’s honor roll. He graduated with honors and received the Georgia certificate of merit. He plays cello and enjoys wood turning and working at the Georgia Southern Botanical Garden. He plans to major in engineering at Valpo.

Ehm is a four-year varsity letter winner and placed third on his team in 2019 and fourth in 2020. He was an academic all-state first team honoree. During his prep days, Ehm also received four varsity letters in swimming and was a four-year state qualifier. In addition, he volunteered at his church and served as a member of youth group while also participating in unified basketball.

A four-time academic excellence award recipient, Ehm was a member of National Honor Society and ranked eighth in a graduating class of 366. The lifelong Colorado resident plans to study environmental engineering at Valpo.

Nogueras Irizarry was his school’s cross country MVP as a sophomore, junior and senior. He placed third at the Puerto Rico High School Athletic Alliance (PRHSAA) championship race as a sophomore and received the all-alliance team award. As a senior, he won the PRHSAA championship race and broke the course record. He was named the top runner in the league and again earned all-alliance honors.

Nogueras Irizarry has also participated in basketball, volleyball and beach tennis. His hobbies include calisthenics, spike ball and rock climbing. He intends to major in exercise science.

Walda is a sectional champion and three-time semistate qualifier in cross country. He earned all-conference honors three times and advanced to regional competition in all four seasons. Also a track state qualifier, Walda graduated with a 4.03 grade point average, was a member of National Honor Society and was on the honor roll. He was also an International Baccalaureate candidate, earned the Eric Wedge Leadership Award and was a member of Hoosier Boys.

Outside of running, Walda enjoys cycling and playing basketball. He and his father rode their bikes all the way from Fort Wayne to Los Angeles. He plans to pursue a degree in biochemistry.

The 10 newcomers join a program that has produced numerous accomplished runners, most recently Alexander Bruno, who was named the 2020 Missouri Valley Conference Men’s Track & Field Scholar-Athlete of the Year and the 2019-2020 Valparaiso University Male Athlete of the Year after capping a record-breaking distance career. Straubel, who is entering his 34th season at the helm, guided the team to its best finish in a conference championship meet since 2007 in 2019 while cracking the regional rankings for the first time in the program’s modern history.