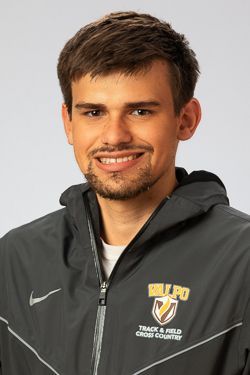 2018 (Cross Country): Ran in five meets for Valpo… Was fifth on the team at the Bradley Intercollegiate, followed by another fifth-place team finish and his top 8K time of the season at the Greater Louisville Classic, crossing the finish in 26:17.9…Finished Top 30 overall in the Crusader Open with a time of 19:41.6.

2017 (Cross Country): Competed in every meet for Valpo... Received his top 8K result of the year at the MVC Championships, tallying a time of 27:23.59... Earned the team's second-best placing at the NCAA Regionals, amassing a time of 34:29.00 in the 10K... Finished fifth for the squad at the Crusader Open.