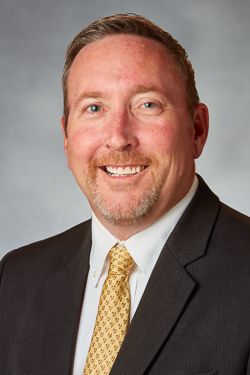 Brankin’s first two years on staff have marked two of the program’s most successful seasons since it resumed in 2009. The team scoring averages in his two seasons account for two of the top three in program history. In addition, Brankin was on staff as Valpo won the 19-team Invitation at Savannah Harbor on Feb. 15-16, 2020, the first time in the program’s modern history that it came out on top in a field of 10 or more teams.

Brankin is a 1989 Valpo graduate and earned four letters in golf for the Crusaders while also achieving academic all-conference and garnering a degree in accounting.

Brankin has been an assistant boys basketball coach at Highland High School since 2008. His local coaching resume also includes a stint as the varsity girls golf coach for the Trojans in 2010-2011. He instructed the first individual state finalist in Highland history. In addition, he has served as an offensive coordinator on football staffs at Highland (2012-2015), Calumet New Tech (2016) and East Chicago (2017).

The Brother Rice High School graduate and former all-catholic league performer currently owns his own accounting and consulting practice in Schererville. He has three children: Tommy, Tyler and Katie.