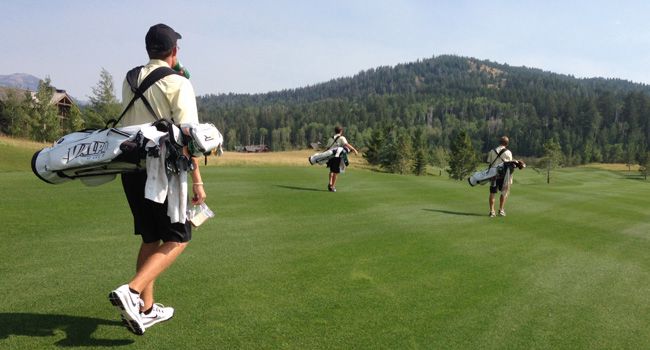 Valpo finished the tournament with a team round of 301 on Tuesday, giving it a 54-hole score of 879, good for a tie for ninth place.  The 879 is the second-best stroke total over a 54-hole event in program history, while the Crusaders came in at +15 as a squad, besting by four shots the previous best tournament in relation to par.  Akron earned the team title with a final score of 856.

Webb posted a round of four-over 76 on Tuesday over the final 18 holes, concluding the tournament with a five-under-par 211, good for a tie for third place.  Webb’s total of 211 matched the best stroke total for a 54-hole tournament, while by posting a -5, the rookie surpassed the previous best tournament in relation to par by two strokes.

Freshman Nick Seitz (Xenia, Ohio/Carroll) shot a round of 76 as well on Tuesday, finishing the tournament in a tie for 32nd place at 222.  Senior Kyle Henning (Brookfield, Wis./East) finished one shot back of Seitz in a tie for 36th, carding a total of 223  after closing with a round of 74.  Sophomore Matt Ward (Plainfield, Ill./South) was one shot further back, as a Tuesday round of 75 gave him a 224 for the tournament, good for joint 39th, while junior Joe Harris (Washington, Iowa/Washington) rounded out the Valpo contingent with a 77 on Tuesday, finishing in a tie for 52nd place at 227.

The Crusaders return to action next Monday at the John Piper Intercollegiate, hosted by Bowling Green at Stone Ridge G.C.