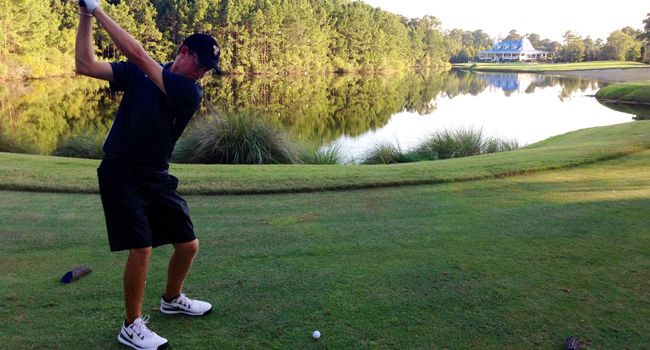 Valparaiso freshman Peter Webb (Madison, Wis./James Madison Memorial) shot a round of 67 for the second time in his career, matching the Crusader single-round record to lead the way as Valpo finished in eighth place at the Bash at the Beach in Myrtle Beach, S.C.

The Crusaders posted a team round of 289 on Tuesday, closing the 54-hole event at 876 to finish in eighth place out of the 16 competing teams, just one shot back of seventh place and just four strokes out of sixth.  USC Upstate won the team championship with a score of 849.

Webb tied the Crusader 18-hole record with his 67 on Tuesday, matching the mark originally set by Austin Gaugert in 2010 and replicated by Webb himself in just his second collegiate tournament. The four-under-par round gave Webb a 54-hole score of 216, good for a tie for 20th place. Senior Kyle Henning (Brookfield, Wis./East) was the next-best Valpo finisher, coming into the clubhouse with a 219 to finish in a tie for 33rd position.

Redshirt sophomore Jared Magoline (Fond du Lac, Wis./Fond du Lac [Marquette]) shot his second straight round of 73 to close the event in a tie for 45th place at 222, while freshman Nick Seitz (Xenia, Ohio/Carroll) finished tied for 48th, one stroke further back at 223. Junior Eric Winters (Elgin, Ill./St. Edward) rounded out the Crusader team, shooting a 73 on Tuesday to finish at 236, good for a tie for 82nd place.  Junior Joe Harris (Washington, Iowa/Washington), competing as an individual, closed with a 54-hole score of 240, placing 87th.

Valparaiso returns to the links later this month, traveling to Macomb, Ill. for the Beu Mossatto Invitational, starting on Friday, Mar. 28.