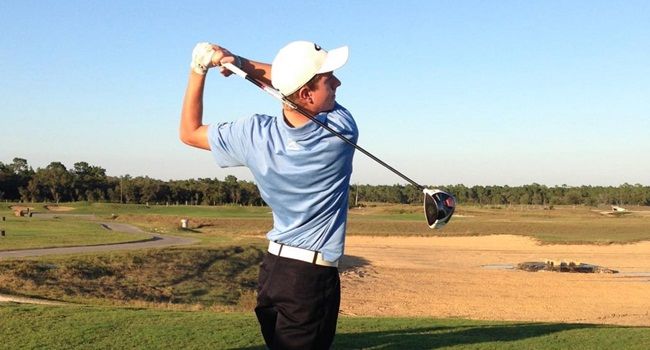 A top-ten finish from senior Kyle Henning (Brookfield, Wis./East) led the way for the Valparaiso men's golf team as the Crusaders finished in a tie for sixth place Sunday at the Bluegrass Invitational in Lexington, Ky.

The Crusaders shot a team round of 307 on Sunday to finish the 54-hole tournament at 895, good for a tie for sixth position, just six shots back of fifth place. Host Kentucky earned the team title with a score of 852, while Auburn's Matt Gilchrest shot a 9-under 207 to claim the individual victory.

Henning completed his second top-10 finish of the year with a round of 73 on Sunday, closing the tournament in a tie for tenth at 216, just one stroke back of a tie for seventh position. Freshman Peter Webb (Madison, Wis./James Madison Memorial) shot the Crusaders' best final round with an even-par 72 to finish up action with a 54-hole score of 223, tied for 21st position.

Redshirt sophomore Jared Magoline (Fond du Lac, Wis./Fond du Lac [Marquette]) finished two strokes back of Webb with a score of 225, good for a tie for 32nd place. Junior Joe Harris (Washington, Iowa/Washington) closed out action tied for 65th place at 233, while freshman Nick Seitz (Xenia, Ohio/Carroll) closed the tournament with a score of 243 to finish in 75th place. Playing as an individual, senior Thomas Wettstein (Neenah, Wis./Xavier) finished the event in a tie for 37th position, shooting 226 for the 54 holes.

Valparaiso takes part in its final prep tournament for the 2014 Horizon League Championship next weekend at the Wolfpack Spring Open, hosted by North Carolina State. The tournament will begin next Saturday, April 19.