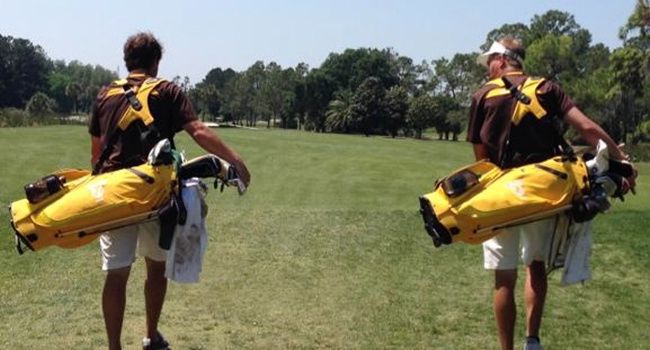 The Valparaiso men’s golf team closed out the 2014 Horizon League Championship from Mission Inn Resort & Club in Howey in the Hills, Fla. on Sunday, finishing in fourth place.

The Crusaders finished out the tournament with a round of 306 on Sunday, ending with a 54-hole score of 915 to place fourth, just four shots back of third place.  Cleveland State earned the team title with a score of 892, while the Vikings’ Andrew Bailey captured the individual championship, posting a score of 218.

Redshirt sophomore Jared Magoline (Fond du Lac, Wis./Fond du Lac [Marquette]) led the Crusaders, finishing in a tie for ninth place with a 54-hole score of 227 after shooting a 76 on Sunday.  Freshman Peter Webb (Madison, Wis./James Madison Memorial) followed up his strong round on Saturday with a 75 on Sunday, closing the tournament with a score of 229, finishing in 13th place.

Senior Thomas Wettstein (Neenah, Wis./Xavier) finished one shot back of Webb in a tie for 14th at 230, while fellow senior Kyle Henning (Brookfield, Wis./East) carded a 75 on Sunday  to finish one stroke further back at 231, good for a tie for 17th place.  Junior Joe Harris (Washington, Iowa/Washington) rounded out the Crusader team, finishing in 29th position with a 54-hole score of 247.

The tournament’s end marks the conclusion of the careers of Henning and Wettstein.  Henning set a new Crusader single-season scoring average record, ending the year with an average of 74.5, and also holds the career scoring average mark at 75.4.  Wettstein’s career was highlighted when he earned individual medalist honors at last year’s Horizon League Championship, helping the Crusaders to capture the team title.