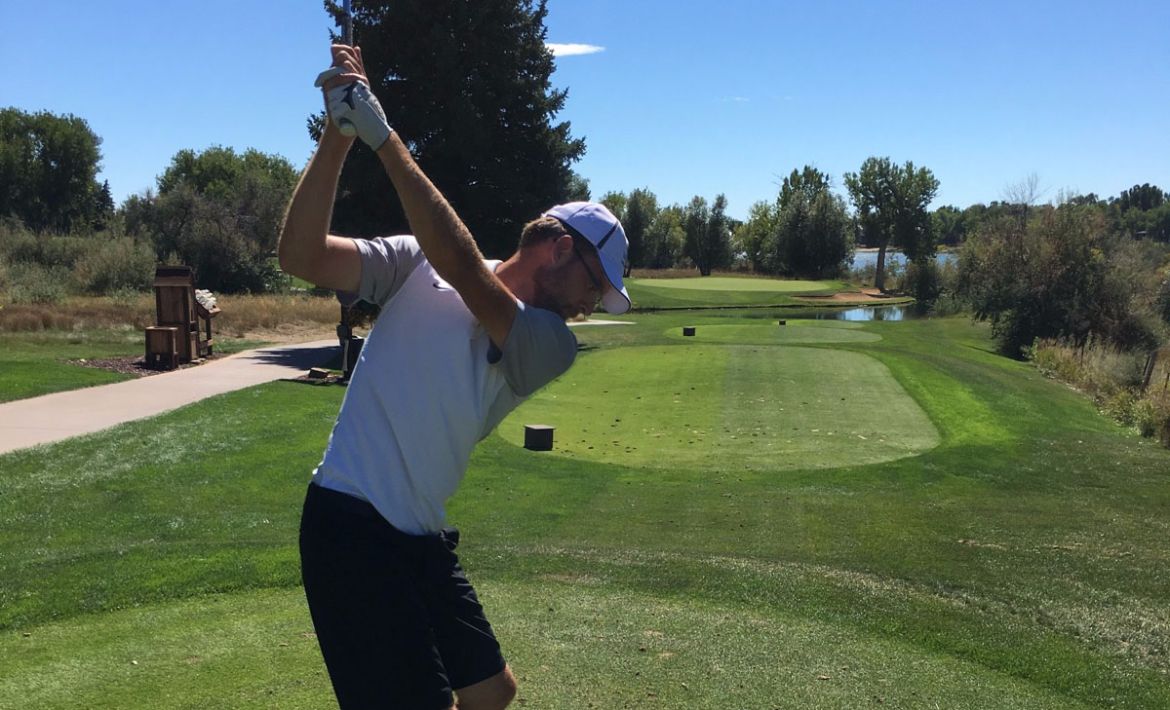 Peter Webb stroked a 75 in Round 3 of the Marquette Intercollegiate on Monday.

The Valparaiso University men’s golf team finished out competition at the Marquette Intercollegiate at Milwaukee Country Club in River Hills, Wis. on Monday. The Crusaders were led by Peter Webb (Madison, Wis. / James Madison Memorial) and Ross Lazar (Okemos, Mich. / Okemos), both of whom scored a 75 in the third round of the tournament.

"The tournament was held on one of the most exclusive golf courses in the Midwest and it was a terrific experience for our guys to play such a challenging golf course.  The tournament had a ‘mini’ NCAA Regional type of feel, when you consider teams from all over the country, like UCLA, SMU, Ole Miss, Seton Hall and more. Playing against these type of schools is invaluable and it will benefit us well as the season progresses."

"We had our struggles with the back nine holes on this course and we had a hard time overcoming that in all three of our rounds.  We played the back nine +56, while the front nine was +19, when figuring the scores that we counted each round.  Our birdie production was poor and we have to find ways to simply get the ball closer to the hole in regulation."

"While Mitchell and Pete scored fairly consistent for us, we need to have more rounds at and below par from the entire team. The guys continue to have a good attitude and they are certainly putting the effort in on the golf course. We will look forward to a couple more weeks of good practice, as we prepare for our final fall tournament at Dayton."

The Crusaders will return to the course on Oct. 17-18 with the Dayton Flyer Invitational at NCR Country Club in Kettering, Ohio.