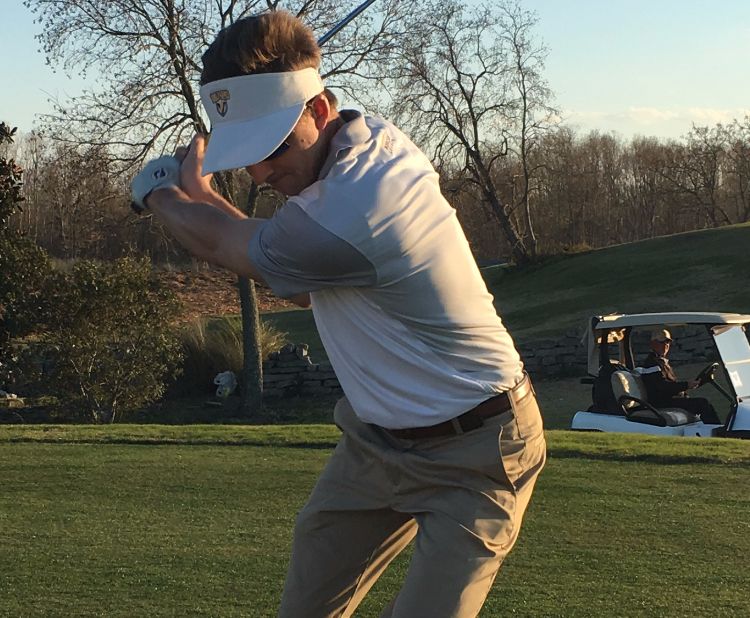 Nick Seitz returned from a back injury to golf in the team's first spring meet on Monday.

The Valparaiso University men’s golf team busted out the clubs for the start of spring competition on Monday at Savannah Harbor Golf Course in Savannah, Ga. Nick Seitz (Xenia, Ohio / Carroll) provided the most compelling storyline of the day, as he led the Crusaders in his return after missing the entire fall with a back injury.

"When we make the transition from our fall to our spring season, we typically have some rust to knock off, with four months of no competition. While the guys have worked diligently this off-season, we struggled as a team with both consistency and in our short games."

"We have never played a tournament in the month of February, so it felt great to get our spring season underway and start playing against some good competition on a quality golf course. We had some positives to take away from the 36 holes today and we can start building on those as we compete in seven events this spring."

"Nick had played one tournament for us in the past sixteen months, so it was terrific to have him back in the lineup and providing some consistent scoring for our team.  He has worked very diligently in recovering from his back injury and he stepped right up to the challenge of walking and playing 36 holes for us today."

The third round of the event will be played on Tuesday in Savannah, Ga. A link to live stats is available on ValpoAthletics.com.