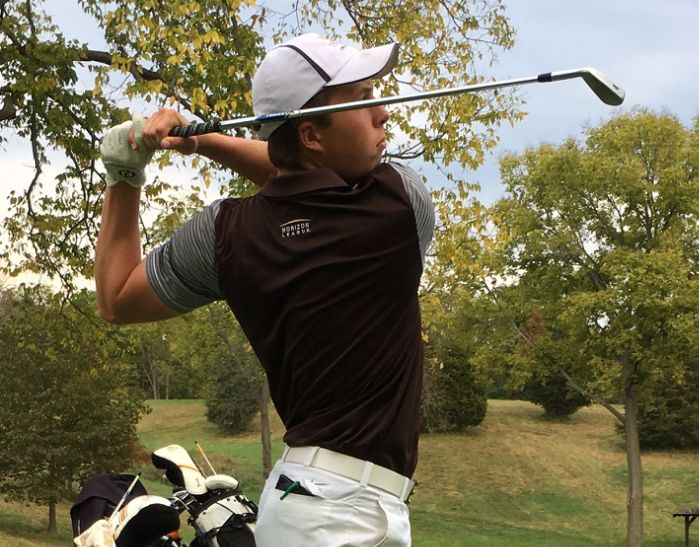 Zach Cutler led the way with a 70 on Tuesday.

The Valparaiso University men’s golf team close out the Bash at the Beach in impressive fashion on Tuesday at The Surf Golf and Beach Club in Myrtle Beach, S.C. The Crusaders stroked a 291, the third-best Round 3 score in the 16-team field. Valpo finished the event in ninth place with a 54-hole score of 900.

"Our team is focusing and building on the positives during this spring season and we had a number of positive results from our second tournament of the spring season. Three of our six players had their best tournament of the year, our team scoring improved steadily all three rounds for the second consecutive tournament and we had our best finish of the year in a round, shooting three under par for our final nine holes today."

"The conditions were challenging for half of the tournament and the guys responded well, playing very focused and keeping a good attitude during the entire tournament. They have put a lot of work in during our offseason and we are just starting to see some of the fruits of those labors. We can feel some nice momentum going in to our next event."

The Crusaders will return to the course on Monday, March 20 as they partake in the Twin Oaks Intercollegiate at Twin Oaks C.C. in Springfield, Mo.