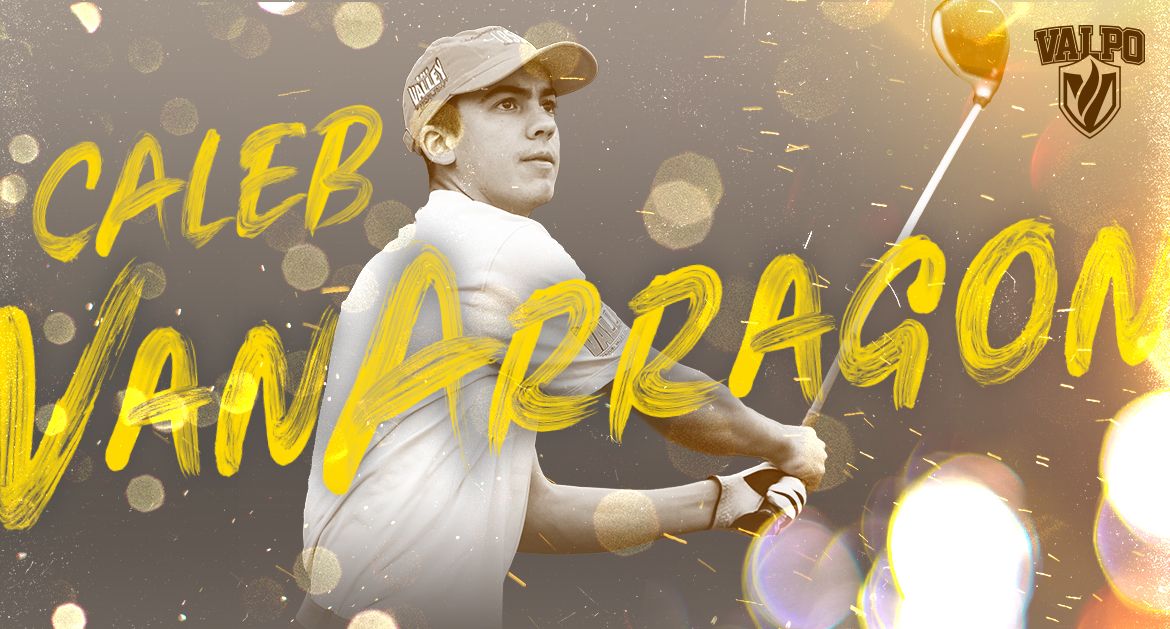 A week that already included a team championship and a third-place individual finish got even sweeter for Valparaiso University men’s golfer Caleb VanArragon (Blaine, Minn. / Blaine) on Wednesday.

The freshman started the spring season the same way he began the fall slate – by earning the Missouri Valley Conference Golfer of the Week Award. This marks the second straight season a Valpo freshman has earned Golfer of the Week after his first fall tournament and first spring tournament, as Charlie Toman coincidentally turned the same trick a year ago.

This marks VanArragon’s second weekly award in his young career and the third for Valpo during the 2019-20 campaign.

VanArragon finished third in a 99-player field this weekend at the 54-hole Invitation at Savannah Harbor, hosted at the par-72, 6918-yard Club at Savannah Harbor in Savannah, Ga. The Valpo rookie went under par in all three rounds by posting 70-71-71 for a 54-hole tournament score of 212 (-4). His performance lifted Valpo to the team title in a 19-team field, the program’s first team championship since the 2015 Wright State Invitational and the first team title for Valpo in a field of 10 or more teams since the program relaunched in 2009.

Valpo will return to the competition course on Monday, March 9 at the Orlando Invitational at Mission Inn in Howey-in-the-Hills, Fla.