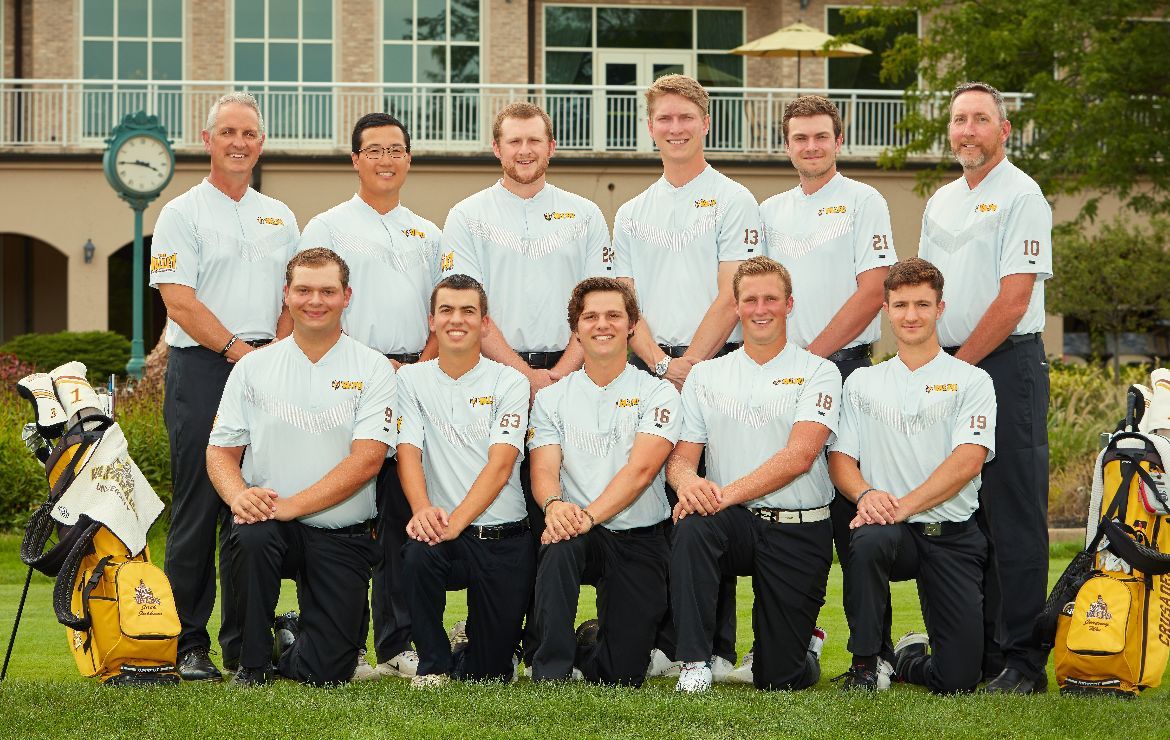 It’s a tradition unlike any other when it comes to men’s golf at Valparaiso University.

Programs that accumulate a grade point average of 3.0 or above earned All-Academic Awards, while those with a GPA of 3.5 or better received Presidents’ Special Recognition. This marks the 10th consecutive year Valpo has garnered the all-academic distinction.

“I couldn’t be prouder of this team and the performance that our guys put together on the golf course and in the classroom this past year,” Gring said. “When you consider the amount of time that is required of these young men in our team practices, qualifying, workouts, preparing to travel to tournaments, time away from campus and actually playing in a three to four day, 54-hole event, it is quite impressive to balance all that with academic success. Our guys are extremely self-motivated and they have carried over from high school and developed at Valpo excellent study habits that enable them to finish every year with a team GPA somewhere in the Top 10 of Division-I schools in the country.”

Valpo’s outstanding tradition of excellence in the classroom was highlighted by finishing as the academic national champion in 2015-16 with a GPA that ranked first among all Division-I men’s golf programs in the nation. This season, the program was also recognized with the NCAA Public Recognition Award, which is presented to teams that have an NCAA Division-I Academic Progress Rate in the top 10 percent of all teams in their respective sport. The calculation of APR tracks the academic progress of each student-athlete and includes eligibility, retention and graduation. The team boasted a perfect APR score of 1000 this year.

The team thrived in competition as well, finishing with the second-best team scoring average in the program’s modern history at 296.8 while winning the team title at the Invitation at Savannah Harbor, a 19-team event. Freshman Caleb VanArragon (Blaine, Minn. / Blaine) was named the MVC Newcomer of the Year while also becoming one of five golfers on the All-MVC Team.

“Everyone is also dealing with the adversity in processing through this difficult coronavirus situation and the abrupt move from classes on campus to classes online,” Gring said. “Our guys worked through those crucial changes to finish the academic school year very strong. We had tremendous leadership from our three seniors who graduated this year and every student-athlete on the team was an integral part of this type of team GPA. I'm always impressed how much the guys push each other in competition on the golf course, along with having excellent grades in the classroom. Our team academic standards are very high every year and we identify and embrace this as a significant part of our team culture.”